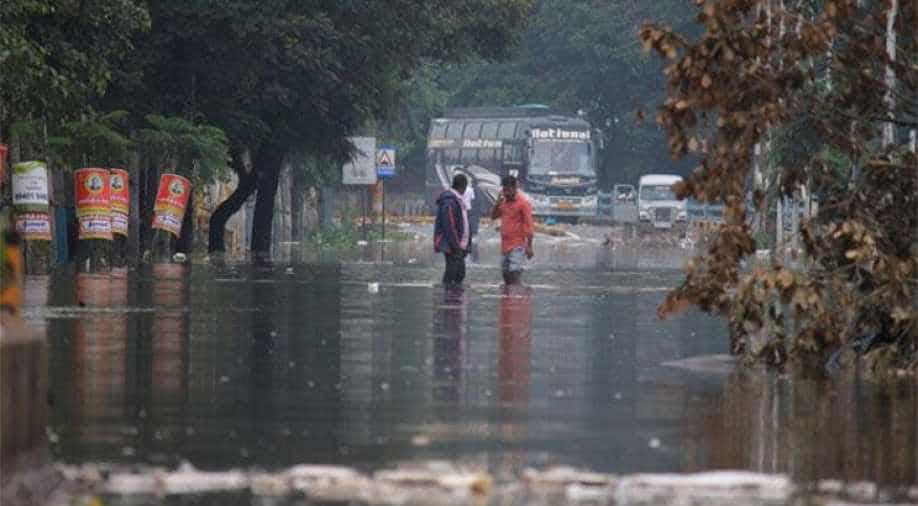 People move through a flooded road after heavy incessant rains due to the onset of North East Monsoon, in Chennai Photograph:( Zee News Network )

Tamil Nadu government has pressed into service 601 medical teams to cater to people in rain-affected areas in different parts of the state, Chief Minister K Palaniswami said on Sunday.

Already, 401 medical camps were in place in affected parts of Chennai, Kancheepuram, Tiruvallur and Nagapattinam district among others, he said after flagging off an additional 200 medical teams, taking the number to 601.

“The government has taken special care to press 601 medical teams into service to attend to people affected by the rain,” he said.

These medical camps will be useful to prevent the spread of diseases that come up during the monsoon time, he said and urged people to immediately visit the nearest medical camps if they had any symptoms of illness.

Further, systems were in place to check the amount of chlorine in drinking water, he said and underlined his government’s commitment to ensuring public health in such times of monsoon.

Many parts of these districts have suffered from an inundation of low-lying areas and water-logging.