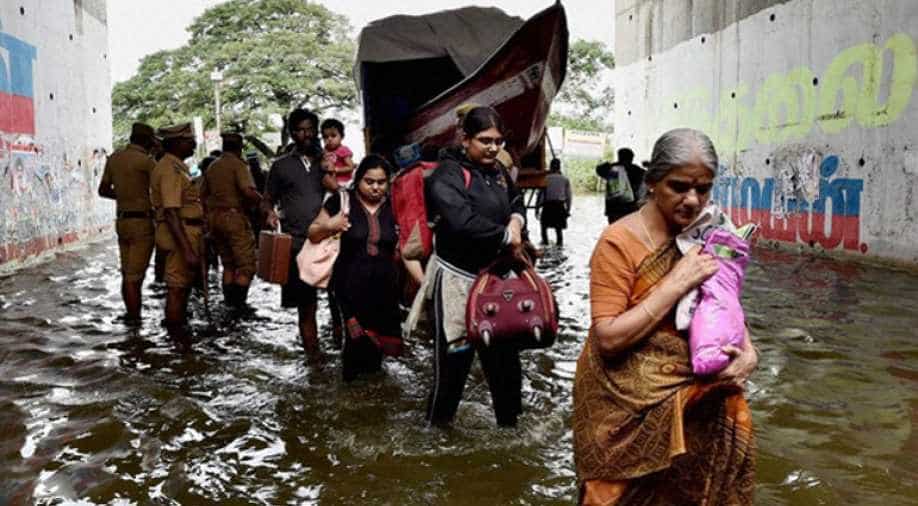 The Chennai corporation commissioner D Karthikeyan has assured that the civic body was prepared to face the monsoon and everything was in place to tackle the rains. Photograph:( Zee News Network )

The heavy downpour that struck Chennai on Friday evening made the situation worse for low lying areas.

Fourteen people have died in the rainfall which began last week.

Fearing a 2015 flood-like situation, residents of many low lying areas have shifted to safer places.

The water from the overflowing filthy lakes has increased the miseries of the nearby locality.

The heavy rain is the result of low pressure that has developed over Southwest Bay of Bengal between the Sri Lankan and the Tamil Nadu coast and the cyclonic circulation rising up to 3.1 km above mean sea level.

The meteorological department has predicted heavy rains for the next two-three days.

Chennai corporation commissioner D Karthikeyan has assured that the civic body is prepared to face the monsoon and everything is in place to tackle the rain.

The chief minister, on the other hand, has claimed that the current government has handled the situation better than Bengaluru and Mumbai.

Earlier a state minister said that the government has solved 98 per cent of the situation and they have the capacity to solve the situation like foreign countries.