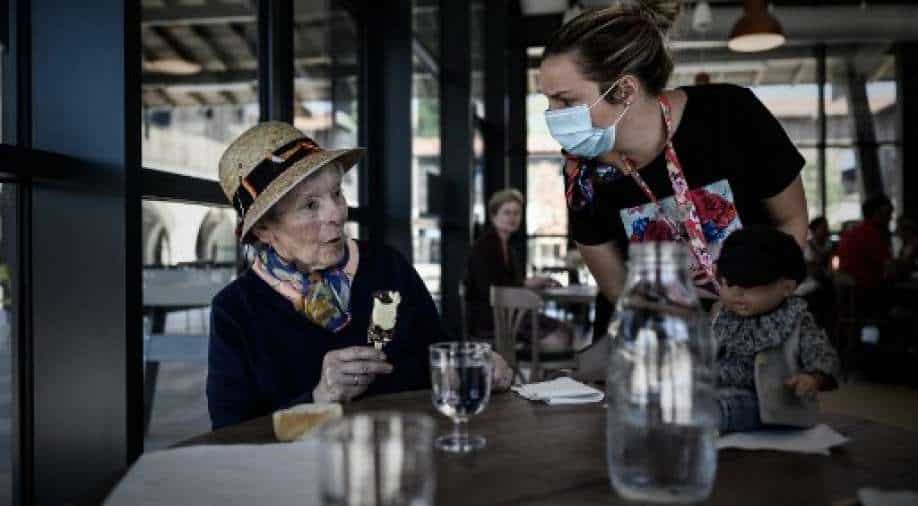 A volunteer attends to an Alzheimer’s patient in Dax, southwestern France. Photograph:( AFP )

Experts are of the opinion that getting diagnosed with the disease is vital, as it will ensure that those affected would receive timely support and treatment

According to a report by Alzheimer’s Disease International (ADI), over 41 million people living with dementia worldwide remain undiagnosed.

Experts are of the opinion that getting diagnosed with the disease is vital, as it will ensure that those affected would receive timely support and treatment, which is more effective the earlier it begins, and to take part in clinical trials.

Meanwhile, another research done by McGill University in Montreal, Canada, showed that as many as 90% of people with dementia have not been diagnosed in some countries.

Dementia is one of the biggest health challenges worldwide. According to the World Health Organisation (WHO), it is currently the seventh leading cause of death among all diseases and one of the major causes of disability and dependency among older people worldwide

Paola Barbarino, the chief executive of ADI, said a lack of awareness and stigma within healthcare systems was severely hampering efforts to support people living with dementia.

“This misinformation in our healthcare systems, along with a lack of trained specialists and readily available diagnosis tools, have contributed to alarmingly low diagnosis rates,” said the Guardian quoted Barbarino, who also serves as a board member of the World Dementia Council.

She said her chief concern was that governments are still unprepared for the predicted future increase in cases. “Frankly, progress has been too slow,” she said.

Prof Serge Gauthier, of the neurology and neurosurgery department at McGill University, said he was expecting a “tsunami of demand for diagnosis”, a trend that would put “extreme pressure” on healthcare systems.

Globally, around 55 million people have dementia, with over 60% living in low- and middle-income countries. As the proportion of older people in the population is increasing in nearly every country, this number is expected to rise to 78 million in 2030 and 139 million in 2050, the WHO stated.