Over 150 feared drowned as boat capsizes in Nigeria 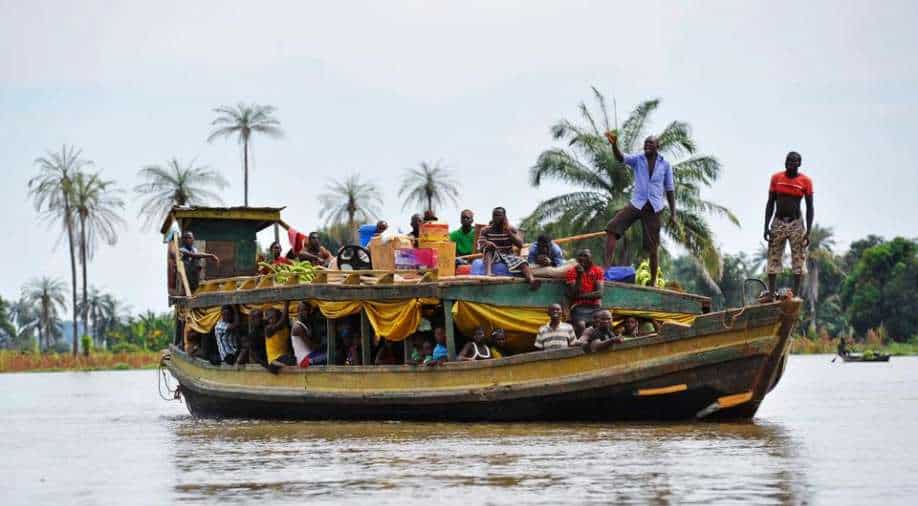 Boat capsizes are common on Nigerian waterways mostly due to overcrowding and lack of maintenance. Photograph:( Reuters )

According to the local authorities, "the boat was over-burdened with passengers and packs of sand."

A boat ferrying about 200 persons in Nigeria sank on Wednesday, and just 20 survivors have been found.

Four people are confirmed dead and 156 were missing as of Wednesday afternoon. Officials presume the missing individuals have drowned.

According to local authorities, the boat was over-burdened with passengers and packs of sand. The vessel was just intended to carry only 80 individuals.

The accident occurred between 9 am and 10 am on Wednesday morning and all the passengers in the boat were in the river and there is less hope of getting missing passengers alive, they said.

The boat was carrying miners, traders and some Nigerien nationals.

National Inland Waterways Authority local manager Yusuf Birma said: “The boat capacity was not up to the 180 passengers it carried. As we speak, only 20 people have been rescued alive, four dead confirmed while the remaining 156 people are still missing and they are believed to be underwater.”

The majority of the travellers were craftsmen, diggers and brokers, who were getting back from Niger State to Kebbi State.

Data showed that only four corpses were recovered, while a rescue operation is continuing.

According to a Red Cross official, the absence of rescue equipment is a major impediment to the rescue operation.

The boat was carrying about 250 people, he said adding Red Cross workers had since joined the rescue team.

Nobel Peace Prize 2022 winners: Who are the human rights activists in Belarus, Russia and Ukraine?