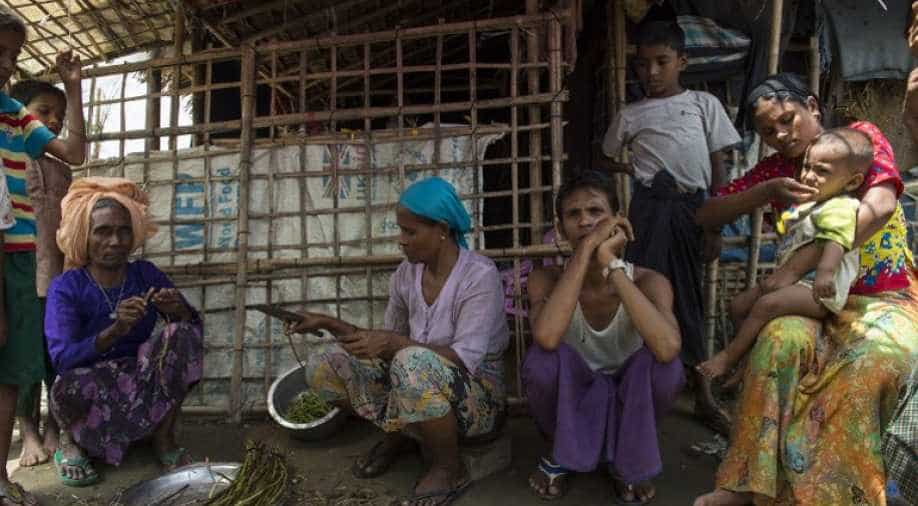 Security forces have killed almost 70 people and arrested more than 400 in six weeks. Helicopter gunships have been used. But the government has refused to allow in international observers to investigate. Photograph:( AFP )

More than 1,000 houses in Rohingya villages have been razed in northwestern Myanmar, according to an analysis of satellite images from Human Rights Watch released on Monday that fly in the face of government denials.

Troops have poured into a strip of land along the Bangladesh border, an area which is largely home to the stateless Muslim Rohingya minority, since a series of coordinated and deadly attacks on police border posts last month.

Up to 30,000 people have been displaced by the ensuing violence, according to the UN, half of them over a two-day period when dozens died after the military brought in helicopter gunships.

Security forces have killed almost 70 people and arrested more than 400 since the lockdown began six weeks ago, according to state media reports, but activists say the number could be far higher.

Hundreds of Rohingya, who have long been persecuted by the state, have tried to flee the violence to neighbouring Bangladesh.

Witnesses and activists have reported troops killing Rohingya, raping women and looting and burning their houses but the government has refused to allow in international observers to investigate.

Independently verifying facts on the ground has been hampered by significant restrictions placed on journalists and aid agencies reaching the area.

But evidence of the widespread destruction to villages is mounting.

Human Rights Watch said Monday it had identified 820 more structures that had been destroyed in five Rohingya villages between November 10-18 using satellite imagery.

In total, the rights group said its analysis showed 1,250 buildings had been destroyed during the military lockdown.

"Instead of responding with military-era style accusations and denials, the government should simply look at the facts," said HRW's Asia director Brad Adams.

The government has said fewer than 300 houses have been destroyed in attacks by militants who want to "sow a seed of misunderstanding between the government troops and the people".

The resurgence of violence in western Rakhine state has deepened a crisis that already posed a critical challenge to Suu Kyi's administration seven months after it took power.

More than 100 people died in 2012 in clashes between the majority Buddhist population and the Muslim Rohingya, and tens of thousands of them were driven into displacement camps.

On Friday, the UN's special rapporteur on Myanmar, Yanghee Lee, criticised the government's handling of the crisis and called for "urgent action" to protect civilians.

"The security forces must not be given carte blanche to step up their operations," she said in a statement.