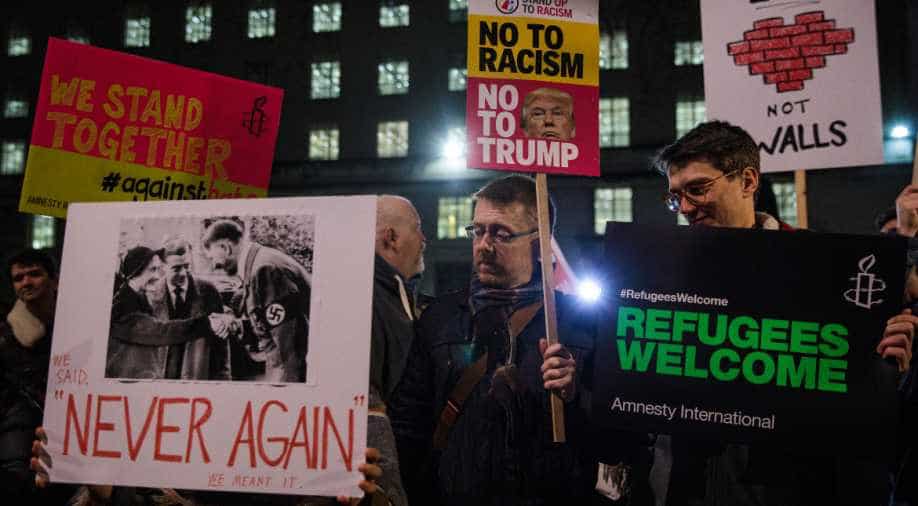 Yesterday the White House officially released a list of 78 terrorist attacks carried out by Islamic State (IS) supporters--in the US and abroad, between September 2014 to December 2016--claiming that these attacks were not reported, or were under-reported, in the media. Why did the White House publish such a document?

The list was distributed hours after Trump had accused the media of downplaying terrorist attacks, The Hill reports. "And in many cases, the very, very dishonest press doesn't want to report it," Trump said. He suggested that the media buried stories of terrorist attacks for ulterior motives. "They have their own reasons, and you understand that," he said, without providing evidence.

Some of the attacks on the White House list have received major coverage in America, despite Trump's claim. But also included on the list were smaller strikes overseas that got less.

The list comes as Trump has been panned, by lawmakers and by millions around the world, for a severe "travel ban" imposed on seven majority Muslim countries. Rudy Giulianni went on live TV to explain that Trump himself originally called this executive order a "Muslim ban", even as his administration publicly contests that nomenclature. But presumably the White House is publishing this list to make it appear like the Muslim ban is founded on rationale, not prejudice. The list is also aimed normalising Trump's world view.

Publishing a catalogue of Islamic terrorism is parallel to an earlier Trump pledge to publish a weekly list of crimes committed by undocumented immigrants in sanctuary cities. Critics pointed out that this bore a resemblance to the list of crimes commited by Jewish people, kept by the Institute for Reseach on the Jewish Question in Nazi Germany.

Highlighting the criminality of minorities is not designed to improve public safety, but to falsely create this appearance. Further, it is designed to make people hate and fear minorities, and to make it appear like fear and hate are sensible.

Last week, Alexandre Bissonnette, a 27-year-old caucasian Francophone from Quebec City, murdered six Muslims and injured eight more in a shooting spree inside a mosque. Canadians of all persuasions were shocked and saddened, but Trump sent condolences to "the Prime Minister and people of Canada", rather than single out Muslims for support in a time of grief and fear. But the man for whom wishing "Happy holidays" instead of "Merry Christmas" is a sin warranting multiple twitter rants was unusually silent on social media. Initially there were murmurs that the killer was heard saying "Allah Akbar!" before unleashing carnage. This did not happen. Actually, far from this, Bissonnette liked "Donald Trump" on Facebook, and now former classmates say he "really like Trump and had a permanent grudge against the left".

More, White House press secretary Sean Spicer said: "We condemn this attack in the strongest possible terms...It's a terrible reminder of why we must remain vigilant and why the president is taking steps to be pro-active, rather re-active, when it comes to our nation's safety and security." Thus, mass murder perpetrated by a white French-Canadian against Muslim Canadians is warped and recast as evidence supposedly supporting the need to ban Muslims from entering America. Spicer's response, which is essentially articulating Trump's world view, is objectively incoherent.

The Trump administration's Islamophobia also comes amid a torrent from them of general disinformation. White House spokesperson Kellyanne Conway was broadly criticised for coining the Orwellian term "alternative facts" to justify Sean Spicer's palpably false claim that the media misrepresented the crowd size at Trump's presidential inauguration. Reports are emerging of the White House shutting down a range of ordinary communication for various imporant agencies. Trump just recently dismissed as "Fake News" any poll that reflects negatively against him.

That the White House is actively dissemenating lies and shutting down open communication does not mean the media covering Trump is perfect!

BuzzFeed published criticism of Fake News with a liberal bent, as some Trump critics sensationalise half-truths, publish factually wrong information or outright fabrications. But the White House's criticism of the media seems to exist independently of media errors, and is designed to accomplish at least two goals. The first is to create fear by both stigmatising minorities and to paint the state of the country as being in "carnage" that requires a strongman leader to fix. The second is to discredit the media, not because they are sometimes inaccurate, but specifically because they are accurate.

The White House publishing a list of terrorism attacks is hardly the first time politicians have tried to manipulate the media into getting headlines they desire. The criticism is not merely that they're shaping the story, it's that their framing is biased: It stigmatises Muslim citizens by associating Muslims in general with terrorism, and ignores terrorism committed by white people.

A 2015 article by Ben Mathis-Lilley at Slate corrects this record by publishing a list of terrorist attacks committed by white Americans on United States soil. "White extremists" have killed at least 60 people in 23 deadly attacks since the 1995 Oklahoma City bombing.

Trump claims that any failure to utter "Radical Islamist terrorism" is dangerous political correctness. Esssentially Trump, and he's far from alone in this, believes that liberals are so overeagerly tolerant that in their misguided effort to be inclusive that they ignore flagrant, fatal threats in their midst.

This mindset presupposes that Muslims are uniquely and inherently dangerous, a bogus presumption which leads to two negative outcomes: A hostile environment for millions of peaceful Muslims, and a society unguarded against the real but officially unacknowledged danger of white terrorism, swallowed up as it is in the hysteria surounding a real but exaggerated threat posed by Islamic terrorism.

It also fails to take into account what should be a unifying and heartening truth, that people of every religion and skin colour actually agree: Islamic terrorism is very bad! Muslims are disproportionately the victims of terrorism. Islamic State is in predominantly Muslim countries killing thousands of people, destroying ancient sites and committing various other atrocities. Most of the people fighting against Islamic State are Muslims. Nobody likes Islamic State!

If Trump's only interest is keeping Americans safe, why is he silent about the threat posed by white terrorists? Trump says that if a leader is unwilling to say "Radical Islamist terrorism" aloud, they are incapable of protecting their society. They are soft on terror. But there is a class of terrorism about which Trump is glaringly, hypocritically silent. Trump's silence is both dividing Americans and putting them at risk.

As a private citizen Trump was free to tweet how he liked, but he is issuing official White House communications now. His pledge to put America first must apply equally for all Americans. This balance is required both when keeping Americans safe and when condemning American murderers, too.