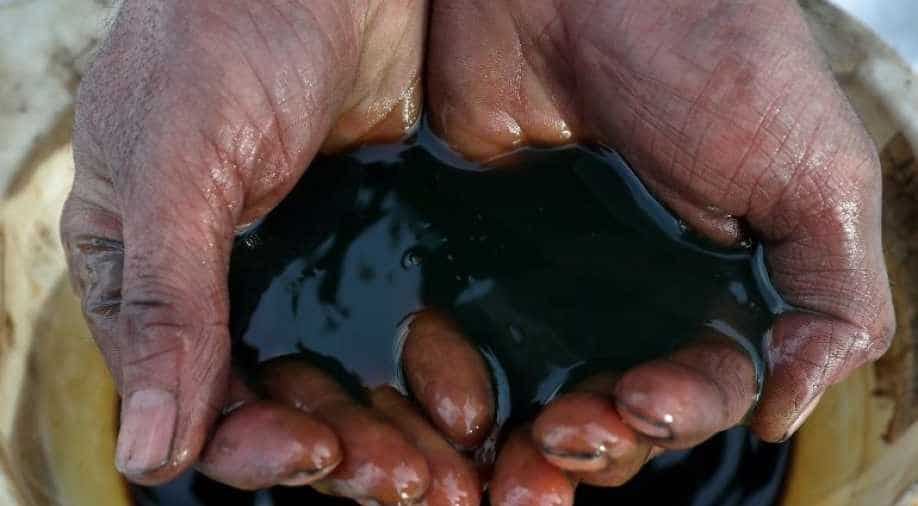 Iran on Monday threatened to restart deactivated centrifuges and step up its enrichment of uranium to 20% in a move that further threatens the 2015 nuclear agreement that Washington abandoned last year.

Washington has imposed sanctions that eliminate benefits Iran was meant to receive in return for agreeing to curbs on its nuclear program under the 2015 deal with world powers. The confrontation has brought the United States and Iran close to the brink of conflict, with US President Donald Trump calling off air strikes last month minutes before impact.

On Sunday Trump issued another warning over Iran's nuclear activities. "They'd better be careful," he said.

However, oil prices continue to be pressured by lingering fears over demand.

"That the market reacts so little to the tense situation in the Middle East is a reflection of a very well-supplied market in general and a very relaxed market," said SEB chief commodities analyst Bjarne Schieldrop.

However, lack of concrete progress in resolving the acrimonious trade war between the United States and China means the bar could be very high for the US Federal Reserve not to lower borrowing costs at its July 30-31 policy meeting.

Elsewhere, Japan's core machinery orders fell for the first time in four months in May, posting the biggest monthly drop in eight months in a worrying sign that global trade tensions are taking a toll on corporate investment.

"Concern for global growth is at the back of the mind of the whole market all the time these days," SEB's Schieldrop said.

Strong US economic data also put a floor under prices. US job growth rebounded strongly in June, with government payrolls surging, a closely watched employment report showed on Friday, suggesting that May's sharp slowdown in hiring was probably a one-off.

Employers added 224,000 jobs last month, the most in five months.

The owner of Britain's biggest oil pipeline, Ineos, on Sunday said it had started to reduce flows on the Forties pipeline system to about 150,000 barrels per day (bpd) until Tuesday to repair a processing unit at Scotland's Kinneil plant.

Meanwhile, US energy companies this week reduced the number of oil rigs operating for the first time in three weeks as drillers follow through on plans to cut spending this year.