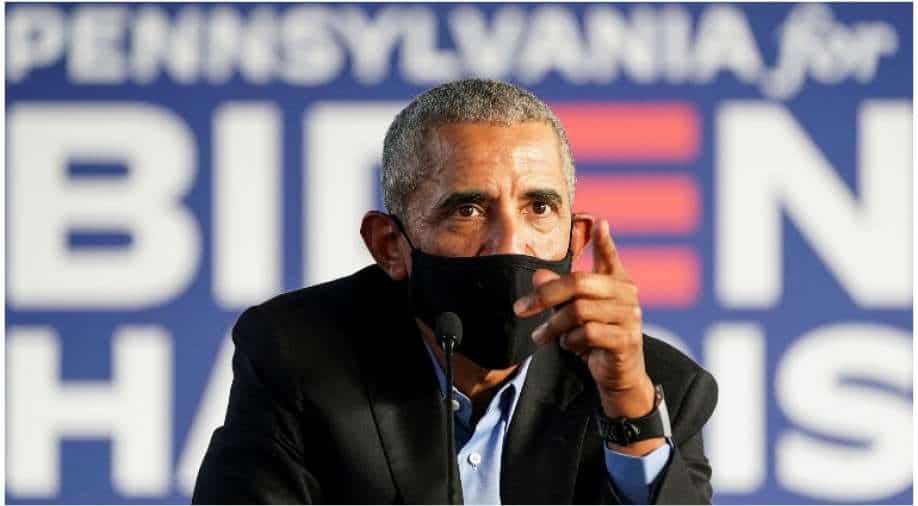 Barack Obama's birthday celebration is to take place Saturday on the upscale island of Martha's Vineyard, and it had been expected to draw hundreds of former Obama administration officials, Democratic donors and celebrities

Barack Obama has scaled back plans for a big 60th birthday party this weekend, paring down a guest list of the rich and famous numbering in the hundreds due to the spread of the Delta variant of the coronavirus, a spokeswoman said Wednesday.

"The outdoor event was planned months ago in accordance with all public guidelines and Covid safeguards in place," Hannah Hankins said in a statement issued a day after the planned bash drew criticism, mainly from conservatives.

"Due to the new spread of the Delta variant over the past week, the president and Mrs Obama have decided to significantly scale back the event to include only family and close friends," Jenkins said.

The celebration is to take place Saturday on the upscale island of Martha's Vineyard, and it had been expected to draw hundreds of former Obama administration officials, Democratic donors and celebrities, reportedly including George Clooney, Steven Spielberg and Oprah Winfrey, according to The Washington Post.

It is to be held outdoors at an oceanside estate in full compliance with guidelines from the Centers for Disease Control and Prevention, with all guests needing to be vaccinated and test negative for the virus, news reports said.

Still, conservatives lashed out at Obama, who turned 60 on Wednesday.

Republican congressman Jim Jordan, a loyalist of Obama's successor Donald Trump, took to Twitter to joke that "if this was President Trump's birthday," Democrats would be saying "How can someone be so reckless?" or "They're killing people."

"Is there an exception for parties attended by rich liberal celebrities?" demanded Ronna McDaniel, the Republican National Committee chairwoman.

The Trump administration made headlines on numerous occasions for organizing maskless events in the White House or in government departments, or holding campaign rallies, including at the height of the pandemic and before vaccines were widely available.

In particular, a ceremony in honor of Amy Coney Barrett, whom Trump appointed to the Supreme Court, was suspected of being a superspreader event that led to the infection of a dozen people, including Trump himself.

Eighteen Trump campaign rallies were the source of more than 30,000 coronavirus cases and likely led to more than 700 deaths, according to a December 2020 study by researchers at Stanford University.

President Joe Biden — who served as Obama's vice president — was not expected to attend the Obama party.

Happy birthday, @BarackObama. I’m proud to call you a brother and a friend — and I’m grateful for your selfless service to this nation. pic.twitter.com/jZ9XnX2Dxt

But he didn't forget to send his best wishes, tweeting: "Happy birthday, @BarackObama. I'm proud to call you a brother and a friend — and I'm grateful for your selfless service to this nation."