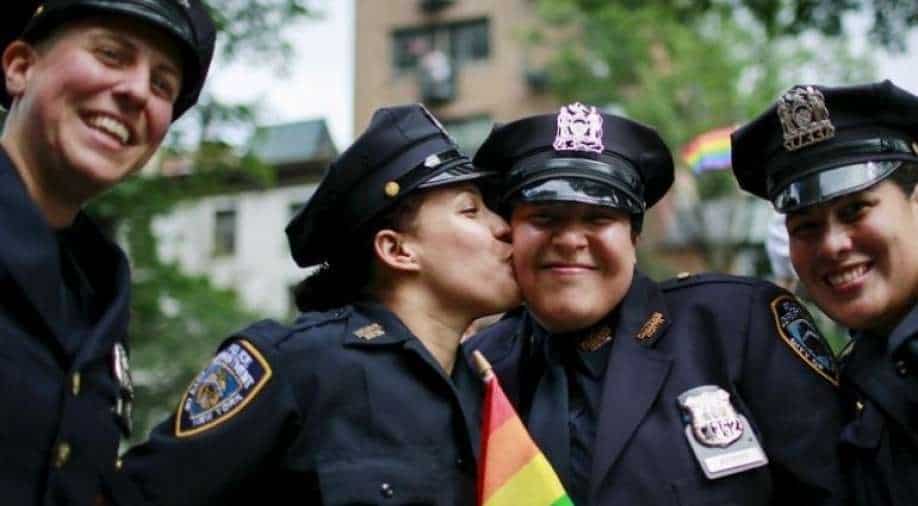 After the decision was announced the group, Gay Officers Action League, have expressed sadness and said they are disheartened by the decision

Ahead of upcoming LGBTQ+ events, organisers of New York’s City Pride events have decided to ban police and other law enforcement officers from marching with the crowd.

The decision was announced by the organisers who have said the ban will continue at least till 2025 and have urged police officers to utilise this time to "acknowledge their harm and to correct course moving forward".

This has come as a shock to the police officers, especially from the NYPD. However, the group feels "the sense of safety that law enforcement is meant to provide can instead be threatening, and at times dangerous, to those in our community who are most often targeted with excessive force and/or without reason."

From now on, the police officers will be asked to stay at least a block away from the event and will provide assistance and security "only when absolutely necessary as mandated by city officials".

After the decision was announced the group, Gay Officers Action League, have expressed sadness and said they are disheartened by the decision "to placate some of the activists in our community is shameful".

"The idea of officers being excluded is disheartening and runs counter to our shared values of inclusion and tolerance. That said, we’ll still be there to ensure traffic safety and good order during this huge, complex event," said Detective Sophia Mason, a spokesperson for the NYPD.

The parade is scheduled to take place in June this year after it was shifted to virtual presence last year due to the coronavirus pandemic.