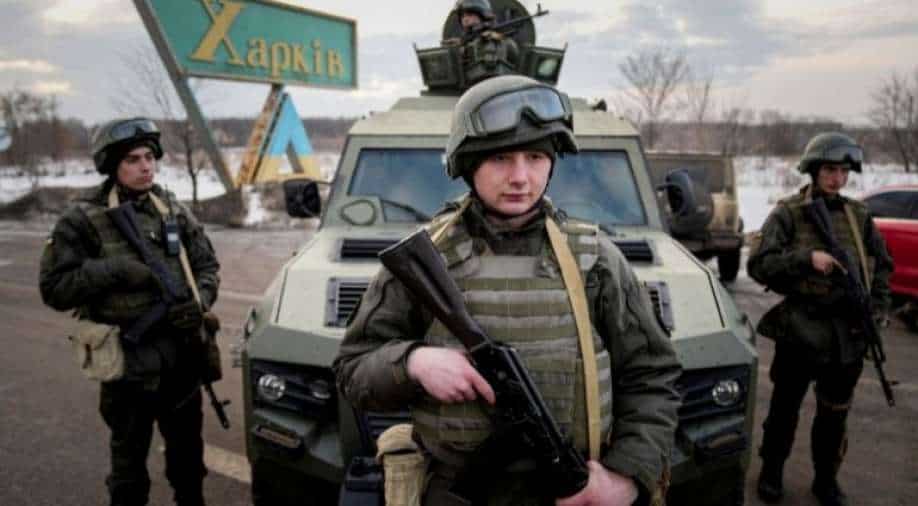 Western concerns centre on an estimated 150,000 Russian troops stationed near Ukraine's borders, accounting for around 60% of Russia's total field forces.

The number of Russian military stations surrounding Ukraine has risen to 149,000, according to the Ukrainian Defence Minister, Oleksiy Reznikov.

"We are watching the divisions of the Russian troops, which number 129,000. And put together with naval and air components, this figure reaches 149,000," Oleksiy Reznikov told parliament.

Meanwhile, the Russian military launched large-scale strategic force drills on Friday, a striking reminder of the country's nuclear power amid Western fears that Moscow is planning an invasion of Ukraine.

Russian President Vladimir Putin will personally observe Saturday's drill, which will include repeated mock launches of intercontinental ballistic missiles and cruise missiles, according to the Russian Defence Ministry.

Also Read in Pics:  How Putin built Russia's Army as a potent force

The operations, according to the ministry, were planned a long time ago to test the military command and personnel's readiness, as well as the reliability of Russia's nuclear and conventional weapons.

The drills come after US Vice President Joe Biden warned on Thursday that Russia might attack Ukraine in a matter of days.

Western concerns centre on an estimated 150,000 Russian troops stationed near Ukraine's borders, accounting for around 60% of Russia's total field forces.

The Kremlin maintains that no invasion is planned.

Moscow, on the other hand, has requested that the United States and its allies keep Ukraine and other former Soviet republics out of NATO, refrain from deploying armaments in Ukraine, and withdraw NATO forces from Eastern Europe.

Moscow vowed to use unspecified "military-technical measures" if the West continued to stonewall. Washington and its allies flatly rejected the Russian demands.