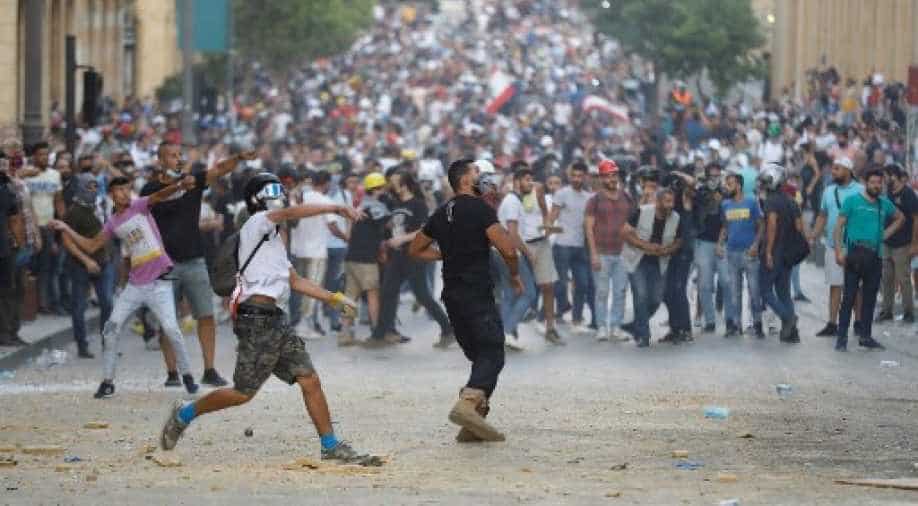 Lebanon's justice minister resigned on Monday, becoming the third from the cabinet to quit following the deadly explosion in the capital Beirut.

Marie Claude Najem handed over her resignation to Prime Minister Hassan Diab, whose government is scheduled to meet today in the evening to discuss the blast on August 4 that killed at least 158 people and injured about 6,000.

Earlier on Thursday, Najem visited the site of the incident, where she faced a group of angry protesters, who hurled bottles towards her, asking her to leave the place.

Earlier, hundreds of demonstrators on Monday too gathered around Martyrs' Square near the port that saw the explosion amid the rising anger against the government.

"Those who died paid the price of a state that doesn't care about anything except power and money," said Tamara, 23, a protester who lost her friend Rawan, 20, in the blast, as quoted by news agency AFP.

"It's not enough that ministers resign," said her friend Michel.

Police started firing teargas after protesters threw stones towards them and carried out fireworks near a street leading to Parliament.