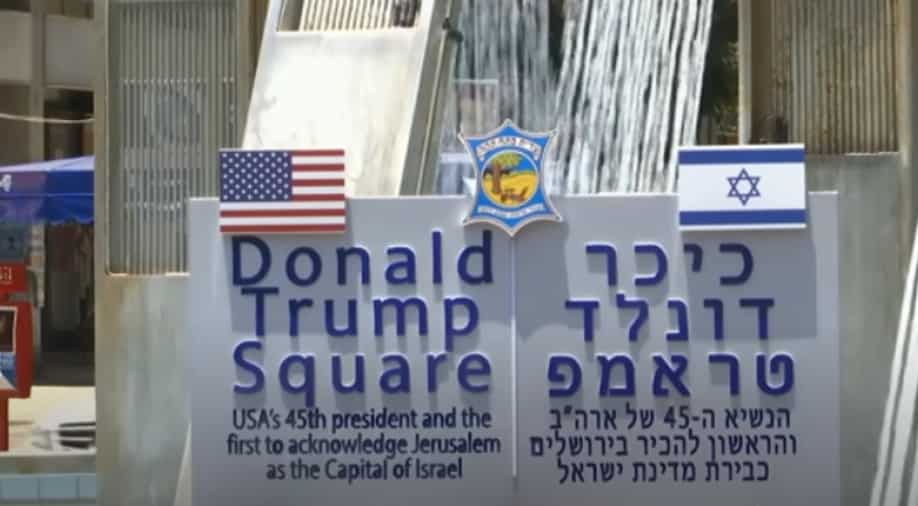 In December, 2017, Trump in an executive order had decided to move the US embassy to Jerusalem amid largescale protests in Gaza.

Israel's Petah Tikvah located in the central district has named its city square after US President Donald Trump.

The square was inaugurated on Wednesday to "thank the US president" for his support towards recognising Jerusalem as the capital of Israel.

Last year after Trump passed the order to recognise Jerusalem as the capital, Israel's Prime Minister Benjamin Netanyahu had thanked the US president for "making history" calling it a "bold decision".

In December, 2017, Trump in an executive order had decided to move the US embassy to Jerusalem amid largescale protests in Gaza. The US embassy was opened in Jerusalem in May last year as Israel celebrated.

"There was never a better president, not in the United States or anywhere else in the world, that supported Israel in its fight against extremist organisations that are here in the Middle East," the mayor added.

"He should be thanked for all that he did and all that he will do and also to show to other leaders in the world that this is the right way and whoever will go the right way we will show our gratitude here in Petah Tikva," Greenberg said during the inauguration.