US fully committed to peace: Trump's message to Jerusalem 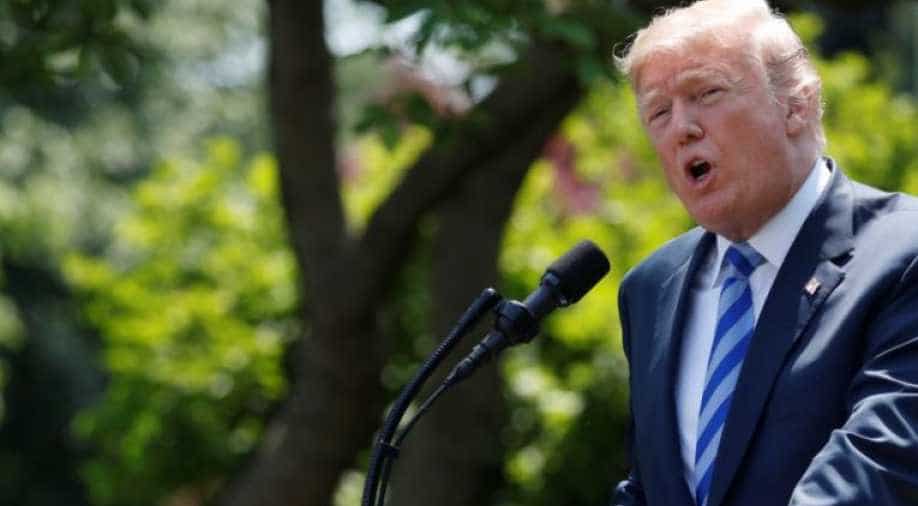 US President Donald Trump, in a recorded message at a ceremony opening the US embassy in Jerusalem

In a recorded message US President Donald Trump on Monday reiterated United States' commitment to peace between Israel and the Palestinians.

Trump's message was played at a ceremony opening the US embassy in Jerusalem.

"The United States will always be a great friend of Israel and a partner in the cause of freedom and peace."

Trump's recognition of Jerusalem as Israel's capital and the decision to move the US embassy to the holy city from Tel Aviv, has outraged Palestinians and drawn international concern.

Meanwhile, Israeli forces killed at least 41 Palestinians along the Gaza border on Monday as angry protesters demonstrated at the frontier on the day the United States opened its embassy in Jerusalem, health officials said.

It was the highest Palestinian death toll in a single day since a series of protests dubbed the "Great March of Return" began at the border with Israel on March 30 and since the 2014 Gaza war.

"A great day for Israel," the US president, who stoked Arab anger by recognising disputed Jerusalem as Israel's capital in December, said in a tweet.

Prime Minister Benjamin Netanyahu, in lockstep with Trump over fulfilling a long-standing US promise to move the embassy to the holy city and over Washington's withdrawal from the Iran nuclear deal last week, echoed the sentiment.

"What a moving day for the people of Israel and the State of Israel," Netanyahu said.

Thank you. Thank you, @POTUS Trump, for having the courage to keep your promises.

Thank you, President Trump, and thank you all, for making the alliance between America and Israel stronger than ever! pic.twitter.com/HmFBBdlkva