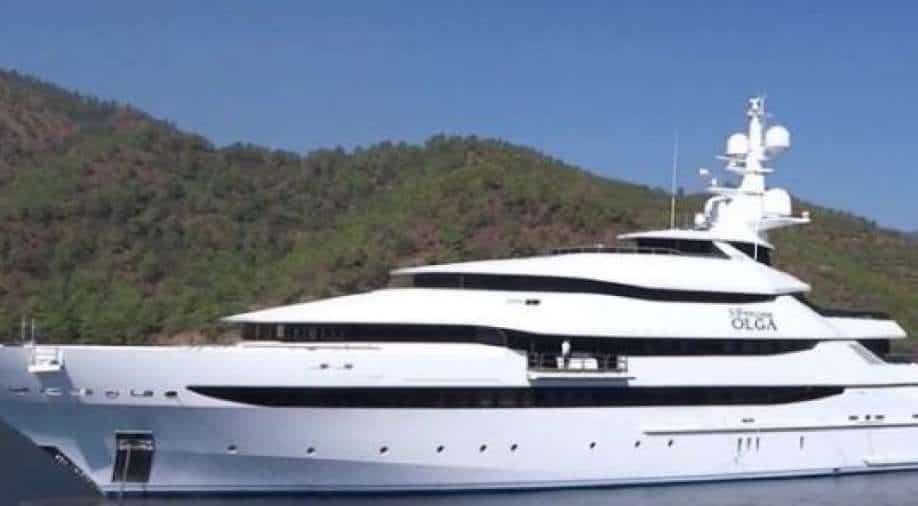 The French government had said earlier that it was drawing up a list of assets of ultra-rich Russians with some billionaires believed to be close to Putin's regime.

After reports claimed a Russian billionaire's luxury yacht was seized by German authorities, reports said French officials have immobilized a yacht owned by a company linked to Russia's Rosneft Chief Executive Officer Igor Sechin amid sanctions imposed by the European Union against Russians.

The yacht was reportedly seized by French customs officials near Marseille.

The yacht was reportedly taken to Hamburg after it had undergone refitting at a different location. The European Union imposed sanctions on Russian tycoons and prominent people after Russia's invasion against Ukraine.

The French government had said earlier that it was drawing up a list of assets of ultra-rich Russians with some billionaires believed to be close to Putin's regime.

Rosneft chief Igor Sechin is also reportedly also close to Putin. In another related development, well known Russian billionaire Roman Abramovich who owned the Chelsea football team in England announced that he would be selling the Premier League club. Abramovich declared that the money from the deal would be sent to victims of the Ukraine war.

The United States and EU announced a slew of sanctions against Russia after President Putin declared on February 24 that his forces had begun conducting military operations in neighbouring Ukraine.

The US and EU sanctions have targeted Russia's financial and airline sector even as US President said targeting Russian oil was "not off the table".