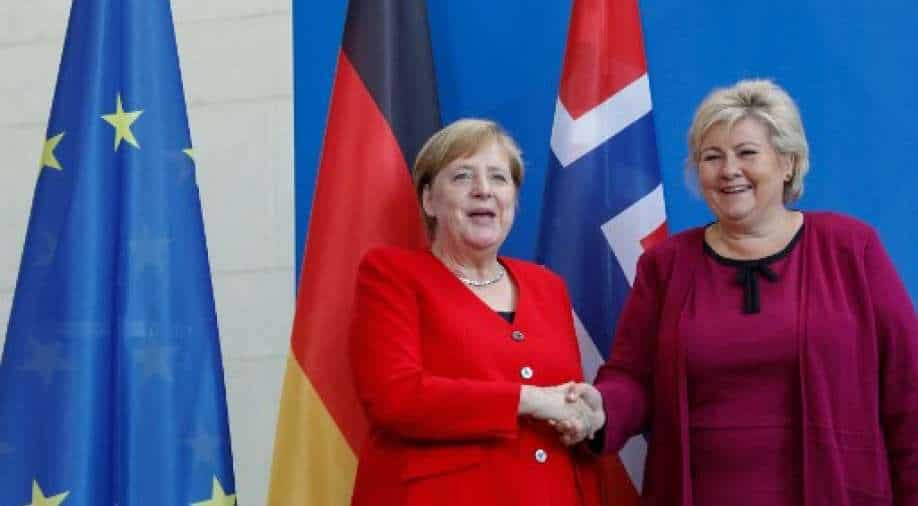 The Danish media had reported the US National Security Agency(NSA) officials had intercepted messages and phone calls of former German foreign minister Frank-Walter Steinmeier and ex-opposition leader Peer Steinbruck including the German Chancellor.

Amid the row over US intelligence agency spying on European politicians with the help of Denmark, the Norwegian government on Thursday summoned a US embassy official, reports said.

Prime Minister Erna Solberg told the local news agency that US officials had told the government that they had changed the practice since 2014. The prime minister added that she had summoned the US embassy official to follow-up on it.

The Danish radio on Sunday had reported that US intelligence had used the country's underwater internet cables from 2012 to 2014 to spy on European politicians including German Chancellor Angela Merkel.

The US officials had also reportedly spied on politicians from France, Norway and Sweden.

However, Denmark PM Frederiksen said that there was no "need to repair relations with France or Germany" asserting that the country was engaged in an "ongoing dialogue".

The Danish media had reported the US National Security Agency(NSA) officials had intercepted messages and phone calls of former German foreign minister Frank-Walter Steinmeier and ex-opposition leader Peer Steinbruck including the German Chancellor.

French President Emmanuel Macron and German Chancellor Angela Merkel after a meeting had demanded an explanation from the US and Denmark. The French president said that the incident was "not acceptable between allies" while asserting that he was waiting for "complete clarity" from both nations allegedly involved in the spying case.

Norwegian Prime Minister Erna Solberg echoed similar thoughts as her European allies saying it was "unacceptable if countries which have close allied cooperation feel the need to spy on one another."

Macron's minister Clement Beaune had said that the allegation was "extremely serious" as he reiterated that there should be trust between allies.

In a development close to the spying case, whistleblower Edward Snowden who was a contractor with the NSA had released thousands of secret files in 2013 on US surveillance which revealed that the US had carried out spying on several countries and had tracked German Chancellor Merkel's mobile phone.

Snowden later fled to Russia after the Obama administration launched a manhunt to arrest him.