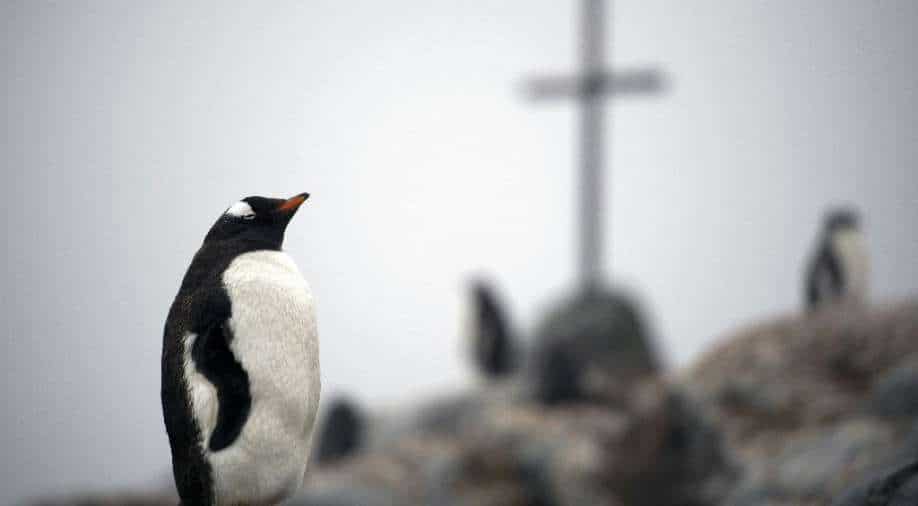 Twenty-nine gentoo penguins at Norway's Bergen Aquarium have had a tarp stretched over their pen since early December after cases of a highly infectious bird flu strain, H5N8, were detected in the country.

They have been living under strict confinement measures for months, but soon the second shot of a life-saving vaccine will let them go outside and get back to their normal lives.

While it sounds like a familiar story, in this case their normal lives involve sliding about on their bellies, frolicking in icy water and catching fish in their mouths.

Twenty-nine gentoo penguins at Norway's Bergen Aquarium have had a tarp stretched over their pen since early December after cases of a highly infectious bird flu strain, H5N8, were detected in the country.

"Because of this, the Food Health Authority introduced a curfew: all birds in captivity must be kept under a roof," aquarium director Aslak Sverdrup told AFP on Thursday.

But the end is in sight, with the arrival of bird flu vaccine doses.

The oldest and most fragile had their first shot on Wednesday, followed by the younger penguins on Thursday, the aquarium said.

Among the freshly immunised is "Erna", named for Prime Minister Erna Solberg who once had a summer job at the aquarium, a tourist attraction in the western city where she was born.

Once the second vaccine dose has been administered in a month's time, the birds will be able to see the sky again.

"The fact that penguins are being vaccinated now is pure coincidence, totally independent of the coronavirus, but it shows that vaccines are important, even more so today," Sverdrup said.

In the wild, gentoo penguins live on the other side of the Earth, in Antarctica.

None at the Bergen Aquarium caught the flu, and while the disease can be devastating for birds, transmission to humans is rare.