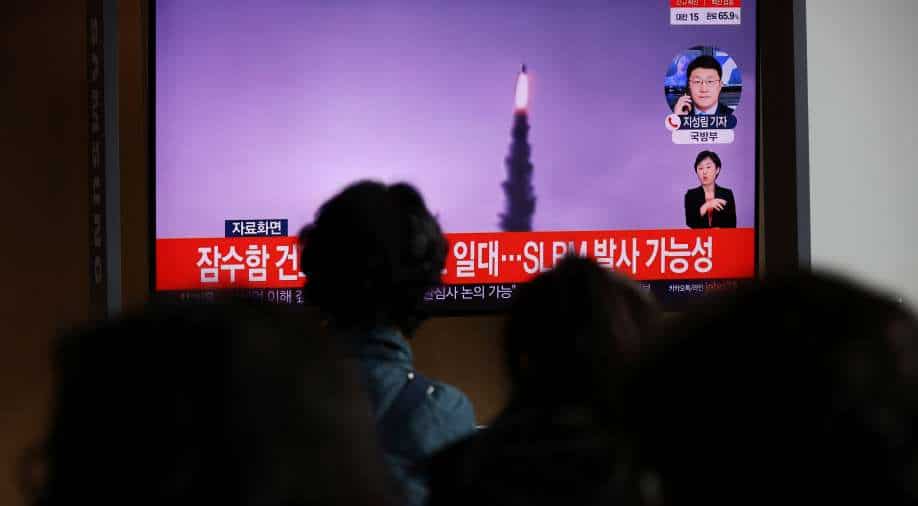 The launch took place near Sinpo city, where North Korea has a major shipyard building submarines. However, there were no reports of leader Kim Jong-un of present during the test, indicating that he did not attend

North Korea has confirmed that it “successfully” test-fired a new submarine-launched ballistic missile (SLBM), a day after South Korea reported the missile launch.

State news outlet KCNA on Wednesday said the missile has advanced control guidance technologies, “which could make it harder to track”, adding that it was fired from the same vessel that the North used in its first SLBM test five years ago.

It said that the latest missile had new “controlling and homing” technology which allowed it to move laterally. It was also capable of “gliding and jumping movement”.

It has also released pictures of the missile as well.

The photos appeared to show that the missile was thinner and smaller than previous SLBM designs, with experts suggesting it could be a previously unseen model that was first showcased at a defence exhibition in Pyongyang last week.

The launch took place near Sinpo city, where North Korea has a major shipyard building submarines. However, there were no reports of leader Kim Jong-un of present during the test, indicating that he did not attend.

It is the fifth missile test since September and the first test of an SLBM since 2019.

Ballistic missiles are considered more threatening than cruise missiles because they can carry more powerful payloads, have a longer range and can fly faster.

The UN Security Council will hold an emergency closed-door meeting on North Korea for Wednesday, at the request of the United States and United Kingdom.

The latest launch comes as South Korea develops its own weapons, in what observers say has turned into an arms race on the Korean peninsula.

Seoul is holding what is said to be South Korea's largest ever defence exhibition this week. It will reportedly unveil a new fighter jet as well as guided weapons like missiles. It is also due to launch its own space rocket soon.