Why is North Korea obsessed with missiles? 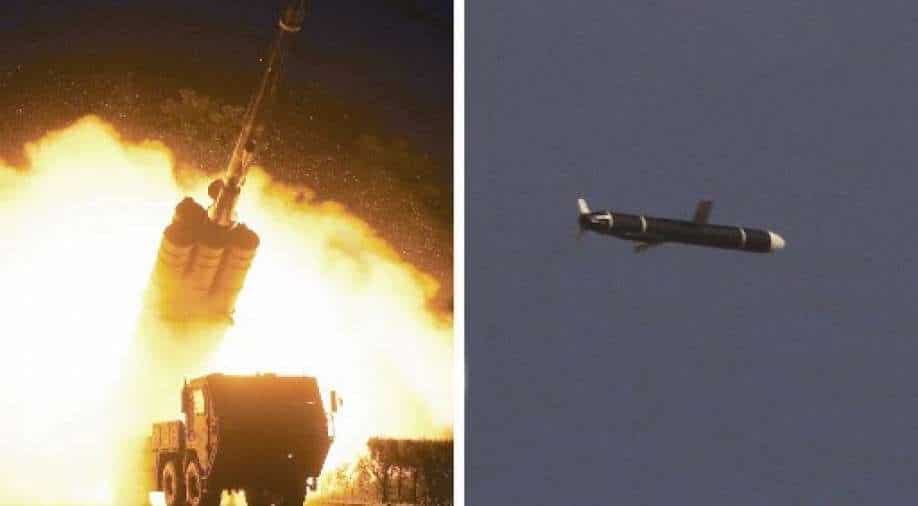 The Kim Jong-un-led North Korean government’s love for missiles is old. Even when it seems to be reeling under financial crisis, the focus of the country is on long-range cruise missiles. So, why is the country hell-bent on this endeavour even after getting sanctioned for it. Time to unearth the real reason behind it.

At a time when reports have claimed North Korea is reeling under financial crisis, the country seems to be primarily focussed on long-range cruise missiles.

Is it just to show muscle power or to depict advancements being carried out in the country?

For years, the country has been developing missile technology even after facing financial issues, which are being imposed by different organisations around the world due to this endeavour.

In a recent announcement, the state-run Korean Central News Agency (KCNA) has said it successfully test-fired new long-range cruise missiles over the weekend.

According to the report, the country's Academy of Defense Science test-fired the missiles on September 11 and 12. The development of the weapons was being done for two years.

“The weapons demonstrate another effective deterrence means for more reliably guaranteeing the security of our state and strongly containing the military maneuvers of the hostile forces against the DPRK," the agency said. It used the acronym for North Korea's official name, the Democratic People's Republic of Korea.

It is self-explanatory that the country deems them to be a guarantee of the security of the country against all odds. But the real question is that do only weapons safeguard a country?

As per the KCNA, the new missiles travelled for 7,580 seconds along oval and figure-eight flight orbits in the air above the territorial land and waters of North Korea. It hit target 1,500 kilometers (930 miles) away.

What makes it troublesome is that these missiles seem to be able to reach targets throughout Japan. Earlier this year, Pyongyang test-fired a missile that flew around 450 kilometers.

Over the last few years, North Korea has been showing off new and untested weaponry in its military parades. It seems to be a way to show strength of the country, which has been isolated in the region for a long time.