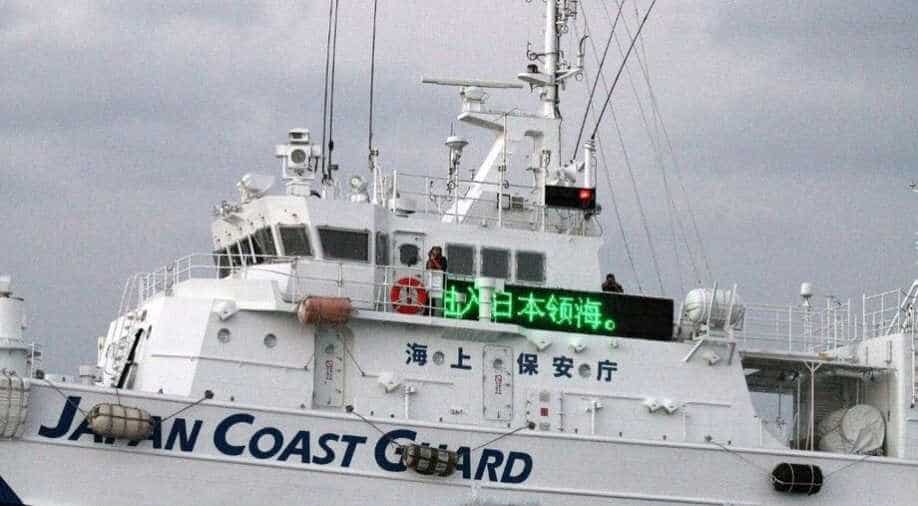 "We rescued some 10 people but their condition has not yet been confirmed," a coastguard spokesman told AFP.

When foreign vessels illegally operate in Japan's waters, Japanese patrol boats often send an audio message, display a warning sign on an electric bulletin board, or spray water at them, Kuwahara said.

The North Korean ship, believed to be a fishing vessel, capsized after the crash with Japanese patrol boat Okuni, the spokesman added.

Local media said no crew members on the Japanese patrol vessel were injured.

"We've been strengthening patrols around the water there in cooperation with the fisheries agency," in recent years following reports that many North Korean fishing boats were poaching fish and squids, he told AFP.

Experts say some fishermen from the North are travelling far out to sea in order to satisfy government mandates for bigger catches.

But their old and poorly equipped vessels are prone to mechanical faults and other problems, including running out of fuel, and there are few ways for them to call for rescue.

A record 225 suspected North Korean fishing vessels washed up on Japan's coast last year, according to the coastguard.

Boats have also washed up on Japanese shores with the crew onboard dead -- referred to as "ghost ships" by local media.

In 2018, 10 North Koreans rescued from a tiny wooden boat drifting off northern Japan were deported back to their country.