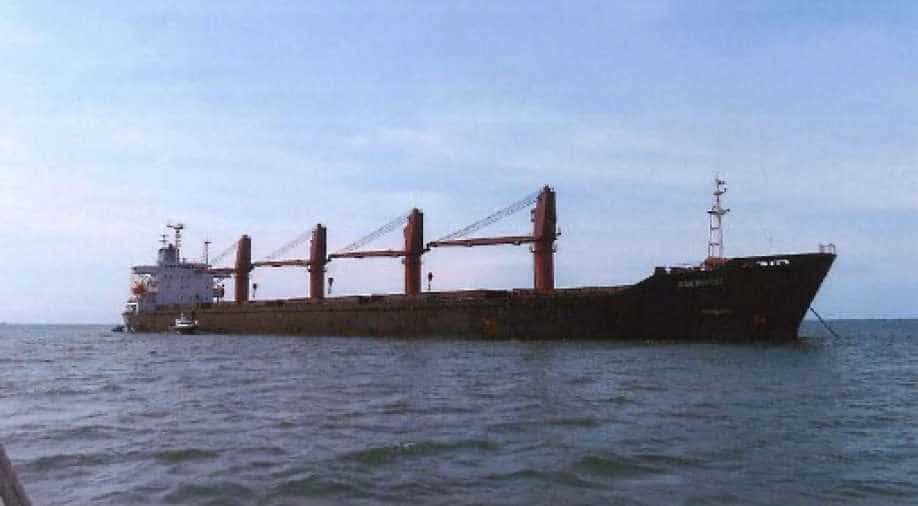 This undated image released by the US Attorney's Office for the Southern District of New York, shows the cargo vessel "Wise Honest." Photograph:( AFP )

Pyongyang's protest to the United Nations over the seizure comes amid mounting tensions since the collapse of the second summit at Hanoi in February.

North Korea has asked United Nations Secretary-General Antonio Guterres to deal with the "illegal" seizure of one of its cargo ships by the United States, a Reuters report stated quoting state media on Saturday.

"This act of dispossession has clearly indicated that the United States is indeed a gangster country that does not care at all about international laws," the North Korean ambassador to the United Nations said in a letter sent to Guterres dated Friday, according to North Korea's KCNA news agency.

Pyongyang's protest to the United Nations over the seizure comes amid mounting tensions since the collapse of the second summit at Hanoi in February between North Korean leader Kim Jong-un and US President Donald Trump, aimed at bringing about the denuclearisation of the North.

The letter also called for "urgent measures" by UN secretary and claimed that Washington infringed the North's sovereignty and violated UN charters.

US on May 9 announced the seizure of a North Korean cargo ship, saying it had violated international sanctions by exporting coal and importing machinery.

"Our office uncovered North Korea's scheme to export tons of high-grade coal to foreign buyers by concealing the origin of their ship, the Wise Honest," US attorney Geoffrey Berman said in a statement regarding the seizure of the ship.