No secret in WHO, nothing hidden from US from day one: Tedros on COVID-19 pandemic 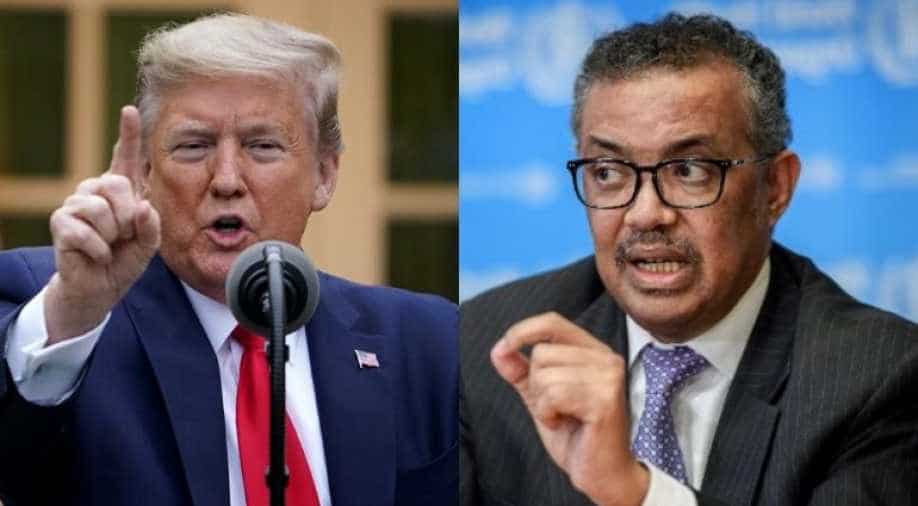 As the coronavirus fatalities continued to climb worldwide, World Health Organization(WHO) chief Tedros Adhanom Ghebreyesus,55, said that there "is nothing hidden from the US from day one", while adding that "there is no secret in WHO".

@DrTedros on the World Health Organization's response to the coronavirus pandemic: "There is no secret in WHO" pic.twitter.com/2O5evCZsdd

The WHO chief called for "national unity" in fight against coronavirus while asserting that it had been "warning from day one".

"We have been warning from day one that this is a devil that everyone should fight," the WHO chief said at a virtual press conference at its headquarters in Geneva.

President Trump last week had frozen funds to the United Nations health agency over "mismanaging" the crisis and not acting fast enough as the disease spread worldwide.

Trump had also accused the WHO chief of a "China bias". Tedros had retaliated on the US accusation last week saying that "if you don't want many more body-bags then you refrain from politicising" the pandemic while dismissing an alleged racism row against him.

US is the biggest single contributor to the United Nations' health agency. Trump had said the virus could have been contained if the WHO had accurately assessed the situation in China, where the virus broke out.

"WHO is reviewing the impact on our work of any withdrawal of US funding and will work with our partners to fill any financial gaps we face," Tedros had said last week as the war of words between the WHO and US administration continued.