'No request' from Iran tanker to dock in Greece: Government 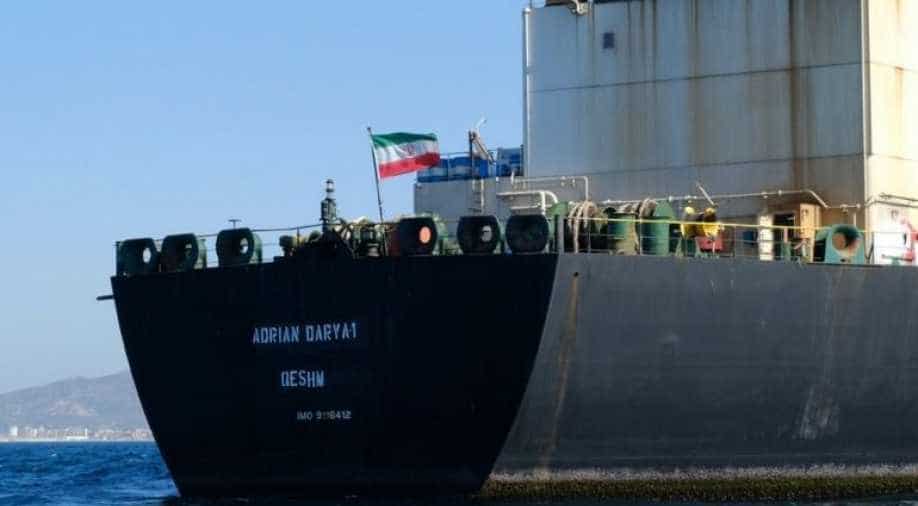 An Iranian flag flutters on board the Adrian Darya - 1 oil tanker, formerly known as Grace 1, off the coast of Gibraltar. Photograph:( AFP )

After a six-week standoff between Iran and Britain, the Adrian Darya, formerly named the Grace 1, finally set sail overnight Sunday after Gibraltar rejected a US demand to seize the vessel.

Athens has received no request from the Iranian tanker Adrian Darya to dock in Greece, merchant marine minister Ioannis Plakiotakis said Tuesday after a maritime tracker gave the ship's "reported destination" as the Greek port of Kalamata.

"There is officially no request concerning the arrival of the Iranian tanker in a Greek port," Plakiotakis told Greek media.

"We are following its progress and are working with the Greek foreign minister," he said.

The website Marine Traffic placed the supertanker carrying 2.1 million barrels of oil some 100 kilometres (60 miles) northwest of the Algerian port of Oran.

The British Royal Marines seized the ship on July 4 off British territory Gibraltar on suspicion it was shipping oil to Syria in breach of EU sanctions.

After a six-week standoff between Iran and Britain, the Adrian Darya-1, formerly named the Grace 1, finally set sail overnight Sunday after Gibraltar rejected a US demand to seize the vessel.

The British territory authorised the tanker to leave on Thursday after Tehran gave assurances that the oil would not be delivered to Syria.

Iran has repeatedly denied any violations.

US Secretary of State Mike Pompeo on Monday called Gibraltar's decision "very unfortunate", in an implicit rebuke to ally Britain.

Tehran for its part said it has warned Washington against making another attempt to seize the ship, saying such a move would have "grave consequences".

Port authorities in Kalamata, a port in Greece's Peloponnese peninsula, have not confirmed Marine Traffic's information.

An Iranian port authority said the tanker was in international waters, but its destination remained unclear, as did the fate of its cargo.

The Gibraltar authorities have yet to confirm the ship's departure.

The voyage to Kalamata would take around five days, port authorities there said.