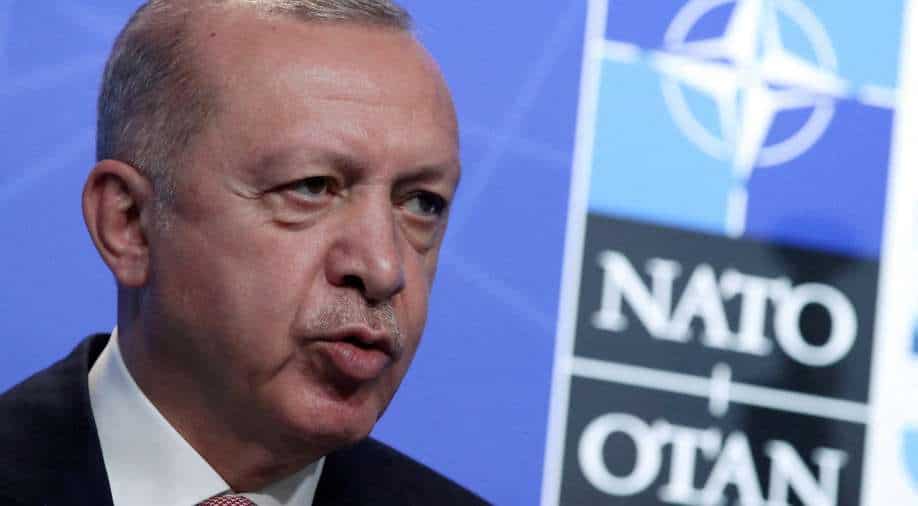 Erdogan accussed Mitsotakis of trying to block the sale of American F-16 fighters during his visit to the United States.

Erdogan accussed Mitsotakis of trying to block the sale of American F-16 fighters during his visit to the United States. Turkey's president said Mitsotakis had spoken to the US Congress where he reportedly asked the US lawmakers not to supply the fighters to Turkey.

However, he said the US "will make up its own mind on selling F-16s".

"There’s no longer anyone called Mitsotakis in my book," Turkey's prime minister declared, adding, "I will never agree to have a meeting with him because we only walk on the same path as politicians who keep their promises who have character and who are honourable.”

The F-16 deal was halted by the former Trump administration after Turkey acquired the Russian S-400 defence missile systems.

Erdogan had earlier ordered 100 US F-35 jets, however, after the Russian defence deal, Turkey was removed from the programme. Turkey said the move was unjust as it demanded reimbursement of its $1.4 billion payment.

There has been tensions between Turkey and Greece over a several issues including maritime boundary claims, energy security, space and the status of the islands in the Aegean Sea.