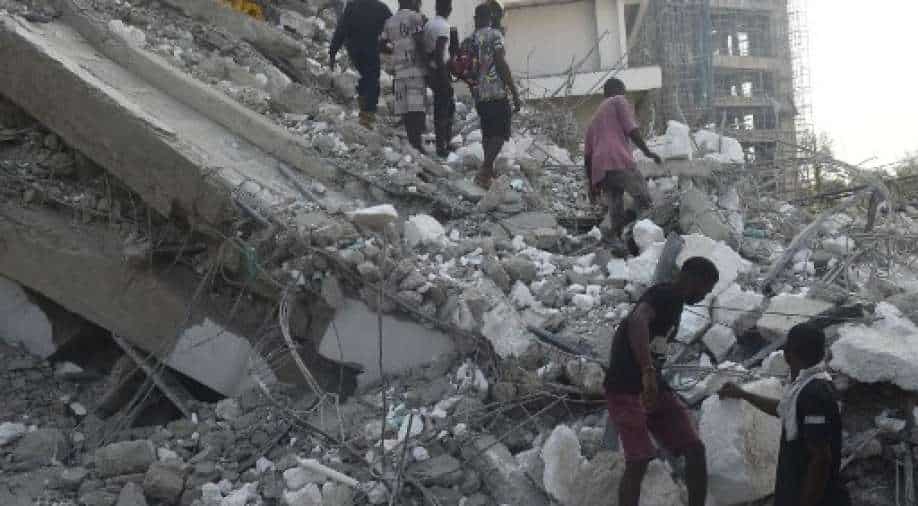 A rescue effort is yet to commence, as only a team of policemen and an ambulance were seen at the location almost two hours after the incident

A high-rise building, under construction, collapsed in Nigeria's commercial capital Lagos on Monday, killing at least four people with dozens more trapped inside. The building is located at off Alexander way, Gerrard Road in Ikoyi Lagos State. It is one of the more wealthy residential and business districts in Lagos, which happens to be the major commercial city of Africa's most populous nation.

Officials have been unable to confirm how many people were trapped, but workers and neighbours continued to dig people out of the rubble of the 25-floor building, AFP reported.

"It is a 25-storey building still under construction. Many workers are trapped under the rubble. We are trying to rescue them," said Femi Oke-Osanyintolu, an official with Lagos State emergency management agency.

"We cannot say at this moment how many are dead. The rescue operation is ongoing."

Workers at the site said that dozens of their colleagues could have been inside when the building collapsed.