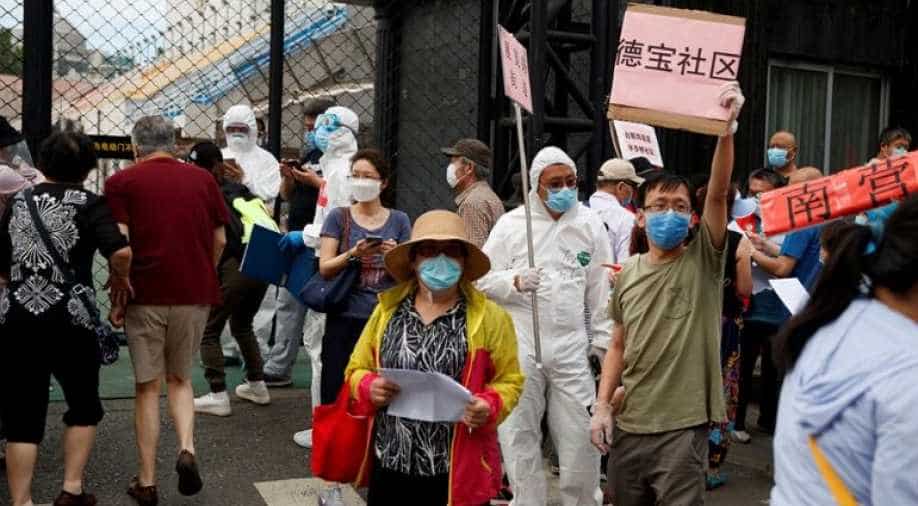 The capital reported 27 new cases on Monday, while four infections in Hebei province and one in Sichuan were also traced to the sprawling Xinfadi food wholesale market, believed to be the source of the latest outbreak which has so far affected 106 people.

The next three days will be crucial in controlling the latest outbreak of COVID-19, according to China’s top epidemiologist, as the country reported 32 more cases related to the Beijing market cluster.

The capital reported 27 new cases on Monday, while four infections in Hebei province and one in Sichuan were also traced to the sprawling Xinfadi food wholesale market, believed to be the source of the latest outbreak which has so far affected 106 people.

There are also two suspected cases and a further 10 who have tested positive but have yet to show any symptoms.

Wu Zunyou, chief epidemiologist with the Chinese Centre for Disease Control and Prevention, said Beijing had caught the outbreak at the earliest possible time, and the case count through to Thursday would be crucial in determining the progress of the epidemic.

“The measures in Beijing are timely and effective. Those who are infected might show symptoms in the coming two days. If the number of reported cases does not increase much, it can be said the epidemic has basically stabilised at such a scale,” he told state broadcaster CCTV on Monday night.

All the cases pointed to the Xinfadi market as the single source, meaning it had not caused widespread transmission. There had also been no family clusters or cross-infections among patients and hospital visitors, as had occurred in Wuhan, Wu said.

“This suggests that Beijing caught the epidemic at the earliest possible time and accurately identified the Xinfadi market, which prevented further spread of the outbreak,” Wu said. But he cautioned that there may be similar outbreaks ahead. “Comparing the location of the outbreaks in Beijing and the location of the early occurrence in Wuhan, is this the last one? Will there be the third and fourth, similar outbreaks in the market?”

The new cases in neighbouring Hebei, which reported three infections in the Xiongan New Area as of Monday, were all close contacts of confirmed patients. The province’s fourth case, in Dingzhong, was a vendor at the Xinfadi market. A day earlier, Hebei reported a family cluster of four which had also been traced to the market in Beijing.

Meanwhile, Sichuan is tracing the close contacts of a woman who travelled from Beijing to the provincial capital Chengdu last Tuesday on flight HU7147. She was confirmed to be infected with Covid-19 on Monday, along with her husband who is still in Beijing.

Gao Fu, director of the Chinese Centre for Disease Control and Prevention, said the genetic sequencing and analysis of virus samples had been completed and the initial results reported to the authority on Saturday. A statement on the CDC’s website said it was working to trace the source of the virus responsible for the latest outbreak.