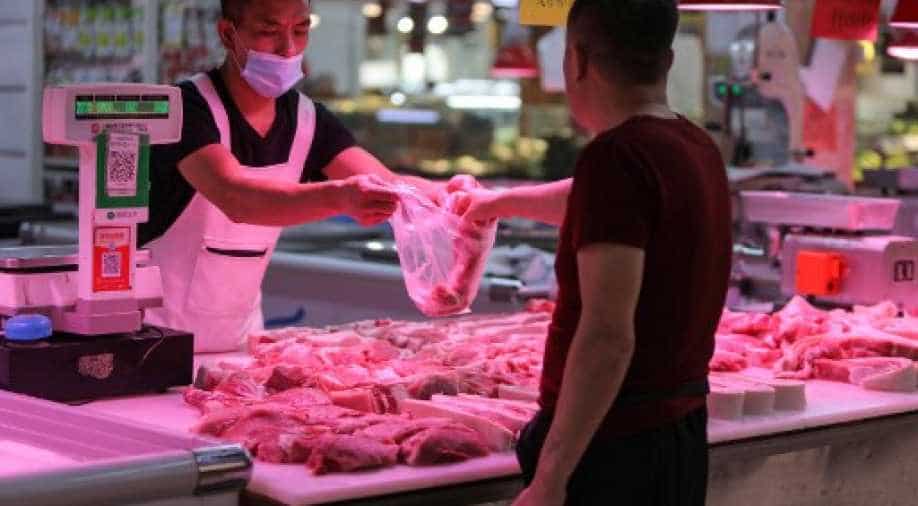 Shopkeeper selling salmon to a customer in a market in Shenyang in China's northeastern Liaoning province Photograph:( AFP )

After 106 cases of coronavirus was reported in China's capital Beijing in the past five days, health authorities said the virus was detected on "chopping boards" used to handle imported salmon at Xinfadi market.

However, China's top epidemiologist asserted that "it does not clearly or definitely indicate it's from imported seafood".

The virus is believed to have spread from the Xinfadi wholesale food market in Beijing as authorities quickly moved to lockdown 30 communities in the city and began aggressive testing and tracing of citizens.

Beijing city spokesman Xu Hejian warned that the "epidemic situation in the capital is extremely severe".

Chinese authorities also warned that they would quarantine those arriving in the capital amid rising cases of COVID-19.

The new domestic cases raised fears of a new COVID-19 wave as the country continues to grapple with the virus. In a move to contain the virus, Wumart and Carrefour removed stocks of salmon overnight in the capital.

The virus is believed to have spread from a Wuhan animal market last year. China had reported the first case on December 31, 2019.