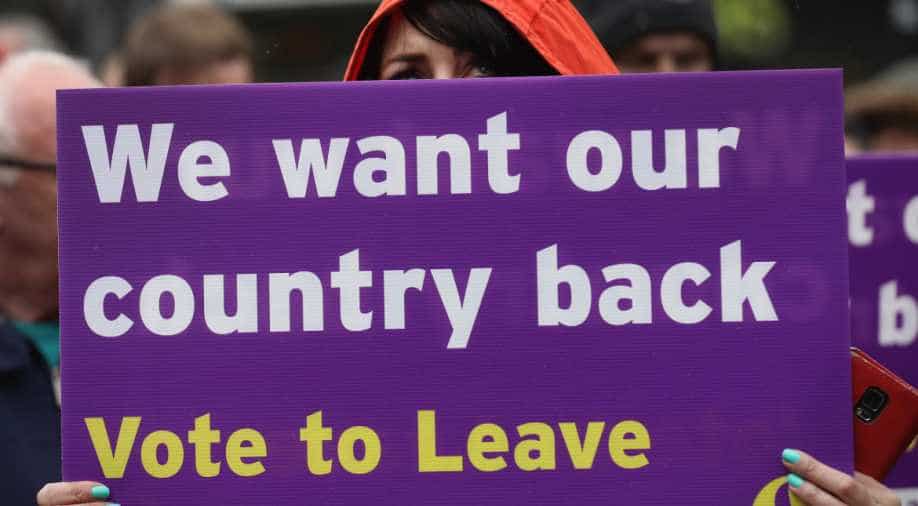 On Thursday, Britons voted to leave the 28-nation EU, forcing the resignation of Prime Minister David Cameron and dealing the biggest blow to the European project of greater unity since World War Two. Photograph:( Getty )

Follow Us
Britain's vote to leave the European Union fired up populist eurosceptic parties across the continent on Friday, giving fresh voice to their calls to leave the bloc or its Euro currency.

Right-wing and anti-immigrant parties in the Netherlands, Denmark, Sweden and France demanded referendums on membership of the union, while Italy's 5-Star movement said it would to pursue its own proposal for a vote on the euro.

Geert Wilders, leader of the Dutch anti-immigrant PVV party, said he would make a Dutch referendum on EU membership a central theme of his campaign to become prime minister in next year's parliamentary election.

"I congratulate the British people for beating the political elite in both London and Brussels and I think we can do the same," Wilders told Reuters. "We should have a referendum about a 'Nexit' as soon as possible."

On Thursday, Britons voted to leave the 28-nation EU, forcing the resignation of Prime Minister David Cameron and dealing the biggest blow to the European project of greater unity since World War II.

"There is no future any more (for the EU)," Wilders said.

"Victory for freedom!" she said. "We now need to hold the same referendum in France and in (other) EU countries." Her deputy, Florian Philippot said: "Our turn now #Brexit #Frexit."

Le Pen said last month that if she won next year's French presidential election she would immediately start negotiations on a series of sovereignty issues including the single currency. If those failed, she would ask voters to back leaving the EU.

She is the front-runner among likely candidates ahead of the vote, although polls see her losing the run-off.

Analysts and a few front-runner officials and allies have said its protectionist, anti-euro policy was partly to blame for holding the party back in the past. But the Brexit vote could help it overcome this, Ifop pollster's analyst Frederic Dabi said.

The populist anti-immigration Danish People's Party (DF), an ally of Denmark's right-leaning government, also called for a referendum on membership of the European Union.

"I believe that the Danes obviously should have a referendum on whether we want to follow Britain or keep things the way we have it now," DF party leader Kristian Thulesen Dahl said.

The DF is not in government but is one of three parties supporting the one-party administration. Its call for a popular vote was echoed by the head of the left-wing Red-Green Alliance.

Prime Minister Lars Lokke Rasmussen rejected the calls, but acknowledged that the British vote raised the possibility of a "slimmer EU".

In Sweden, the anti-immigration party the Sweden Democrats, which has the support of around 17 per cent of voters according to a poll last month, said it would step up pressure for change.

"We demand that Sweden immediately starts to renegotiate the (EU) deals we have made and that the Swedish people will be able to speak up about a future EU-membership in a referendum," party leader Jimme Akesson said.

Italy's second most popular party, the opposition 5-Star Movement described the Brexit vote as a lesson in democracy and promised to pursue its own proposal for an Italian referendum on the euro.

The party, considered a genuine contender for government at the next general election, wants Italy to hold a "consultative" or non-binding referendum on whether to remain in the euro zone.

"Whether you like it or not the British people have chosen," said lower house deputy Alessandro Di Battista, a member of 5-Star's leadership committee.

The right-wing Northern League, a member of Italy's opposition centre-right, was more outspoken. "Thank you Great Britain, next it is our turn," party leader Matteo Salvini said.