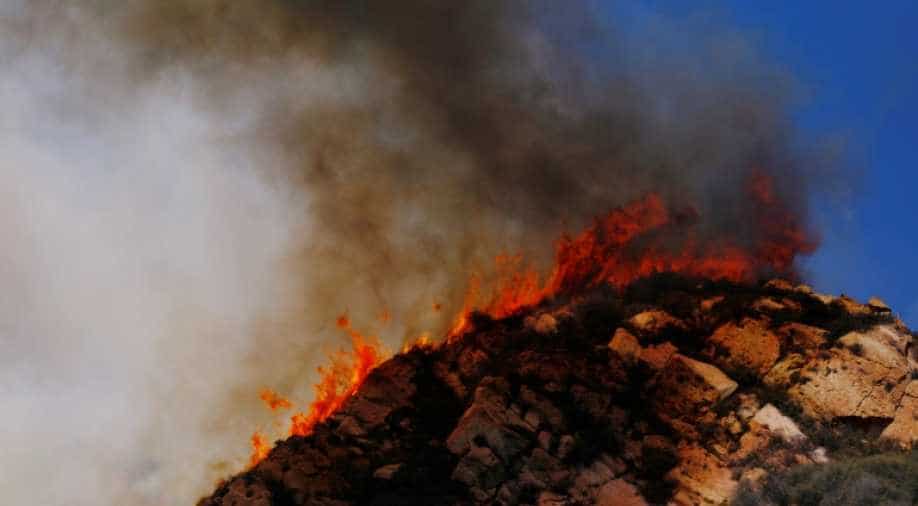 Flames are seen as firefighters battle the Woolsey Fire as it continues to burn in Malibu. Photograph:( Reuters )

Over 600 declared missing in California wildfire, death toll climbs to 63

As rescue operations continued on Friday as the wildfire raged in California, authorities said 631 people were listed as missing as the death toll continued to rise.

The number of missing in California wildfire has jumped past 600, Butte County Sheriff Kory Honea said. Earlier the authorities had said over 300 people were missing.

US imposes sanctions against Saudi officials implicated in Khashoggi's murder

The United States imposed economic sanctions against seventeen Saudi officials for their role in the killing of Saudi journalist Jamal Khashoggi although it said the move to find the killers was a"good first step".

India booked their place in the semi-finals of the Women's World Twenty20 for the first time since 2010 on Thursday as Mithali Raj scored her second straight half-century in a 52-run thrashing of Ireland.

As England fans said farewell to one of their finest, they also got a glimpse of the future as Gareth Southgate's team beat the United States 3-0 in a Wembley friendly that doubled as Wayne Rooney's tribute game.

US Marines reinforced a wall at the US-Mexico border with barbed wire on Thursday as hundreds of Central American migrants planning to seek asylum in the United States approached.