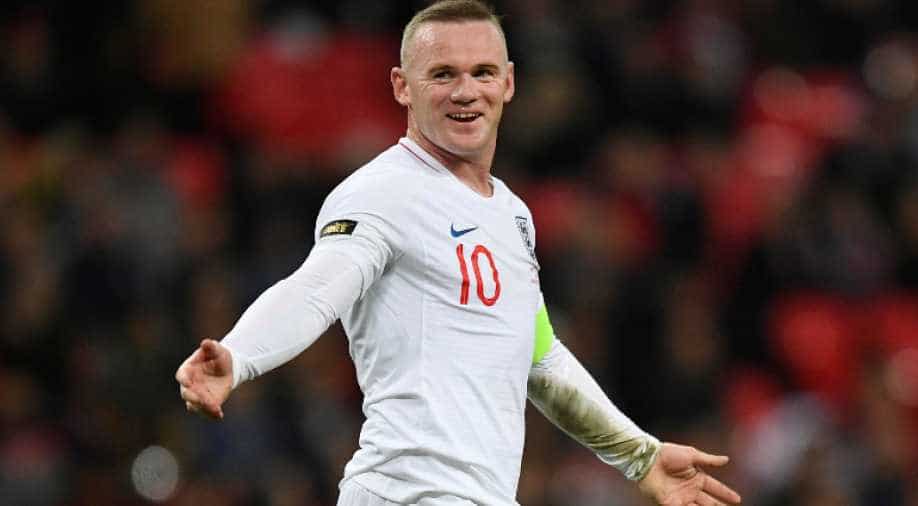 As England fans said farewell to one of their finest, they also got a glimpse of the future as Gareth Southgate's team beat the United States 3-0 in a Wembley friendly that doubled as Wayne Rooney's tribute game.

Critics of the decision to turn the match into a tribute, and 120th and final cap for Rooney, worried that bringing back a 33-year-old went against Southgate's youth policy.

But with the England manager needing to rotate his squad ahead of the much more important Nations League game against Croatia on Sunday, opportunities were handed to several young players.

Jadon Sancho, the 18-year-old Borussia Dortmund winger, impressed with his light-footed and clever work on the right flank and linked up promisingly with Dele Alli and Jesse Lingard.

"I really did enjoy that, playing in front of my family and in front of the England fans," said Sancho, who moved to Germany in search of playing time having emerged from Manchester City's youth system.

"Playing with Wayne Rooney was a dream come true because obviously, he is a big legend and a role model to me. I was a bit nervous ahead of the game and he came over to me and told me to just express myself because I had nothing to lose," he added.

It was not just Sancho's words that put paid to the fears that Rooney would upset the balance of Southgate's project -- the manager himself noted how Rooney had been a positive influence in the build-up.

"He spoke to them at the end and they would have noticed his humility. He mucked in with the group, trained the same as everyone else, he worked in the five-a-sides and wanted to win everything he was involved in," Southgate said.

"In the game, he was tracking back and he showed what a top player mentality he has," he added.

Southgate highlighted Sancho's decision-making as an area the "raw" winger had to improve on but his awareness for his perfectly-weighted pass to Trent Alexander-Arnold for England's second goal showed real quality.

Alexander-Arnold is England's third choice right back, behind Kyle Walker and Kieran Trippier, but the 20-year-old marked his first international at Wembley with his debut goal -- a fine low strike past Brad Guzan.

"A dream come true, first game at Wembley and (first goal) for my country. Jadon Sancho did well to see the vision of me making the run," said the Liverpool defender.

"It's been exciting, looking back on Wayne Rooney's career, he was one of the best players for the country and it was good to share the pitch with him. As a local Liverpool lad, it is good to show people in Liverpool that it is possible."