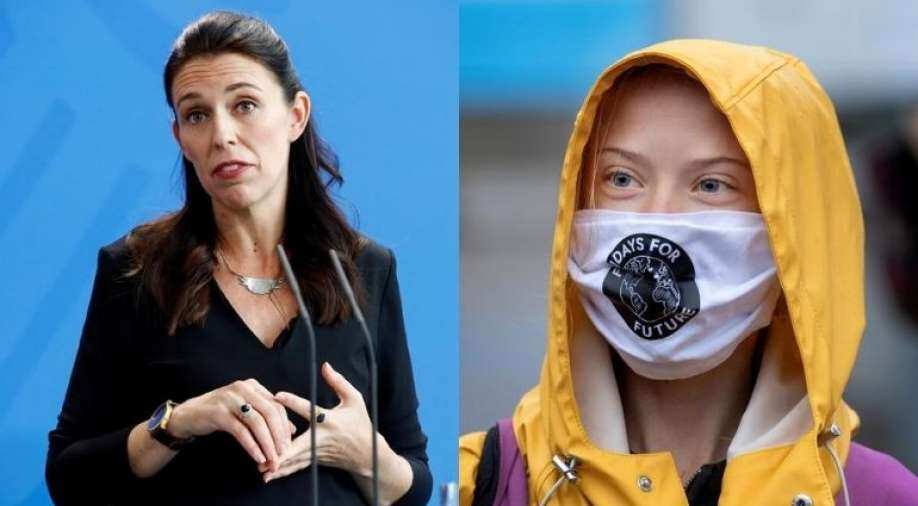 The celebrated leader lashed out at the Thunberg claiming her government has been doing more than Thunberg might realise. Ardern was referring to Thunberg's tweet from the weekend in which she shared a news article of a local website and quoted the article that claimed, "In other words, the Government has just committed to reducing less than 1 percent of the country's emissions by 2025."

"In other words, the Government has just committed to reducing less than 1 percent of the country's emissions by 2025".
Text explaining New Zealand's so-called climate emergency declaration. This is of course nothing unique to any nation. #FightFor1Point5https://t.co/Yp8nuek9Pn

The story retweeted by Thunberg was critical of the New Zealand government and called it as the "so-called climate emergency declaration".

Ardern took the opportunity to talk about the tweet, claiming although she has not seen the tweet yet, she has been informed it was a "reference to our public service carbon neutral goal of 2025".

"I would, of course, give the context there that, if that was the sum ambition of any government, then that would be worthy of criticism," Ardern said.

"It is not our sum ambition. And it is not the totality of our plans on climate change," she said. "But again, I think that it’s actually for us just to get on with the business of fulfilling our obligations and expectations."

The statement has come a week after Ardern declared a climate emergency and had declared that her government will only be buying electric or hybrid cars from now onwards. She also explained that the government will be reducing by over 20 per cent soon. It has also been decided to slowly start phasing out the 200 coal-fired boilers.

This tweet by Thunberg, therefore, came as a surprise to the Ardern government who added, "But equally I think it’s only a good thing [that] there are people out there continuing to urge ambition in action."

Thunberg had, a few days ago, lashed out at all the world leaders claiming not much was being done to meet the set targets. "Hypothetical targets are being set and big speeches are being given, yet when it comes to the immediate action we need, we are still in state of complete denial." she said.