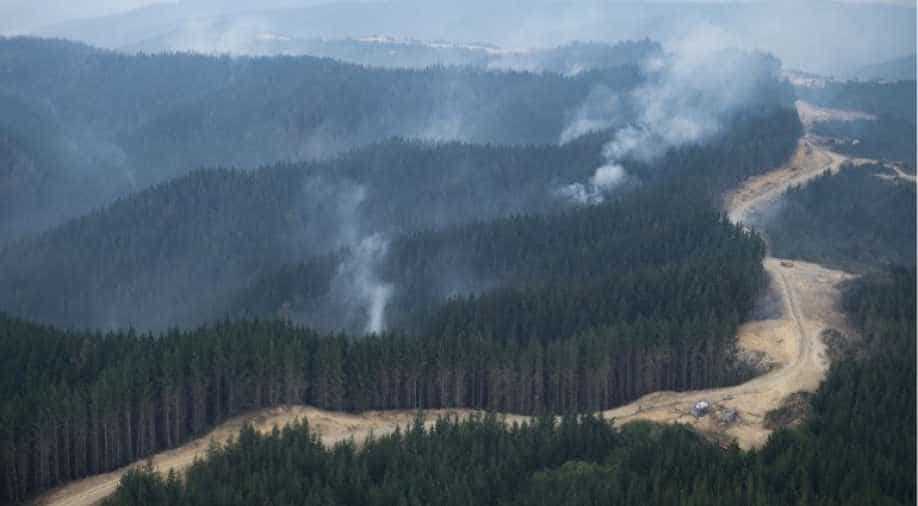 About 3,000 inhabitants of Wakefield, just outside Nelson at the top of South Island, were ordered out Saturday as flames razed bushland within two kilometres of their homes.

A large New Zealand wildfire is expected to burn for weeks longer but has moved away from some inhabited areas, allowing residents of an evacuated village to return home soon, firefighters said Monday.

About 3,000 inhabitants of Wakefield, just outside Nelson at the top of South Island, were ordered out Saturday as flames razed bushland within two kilometres of their homes.

The fire erupted early last week amid scorching conditions in the heavily forested area and by early Monday had swept through an estimated 2,300 hectares (5,700 acres).

Fire chief John Sutton said that although conditions had eased, the blaze remained unpredictable and it was too early to say it was under control.

"There's still an enormous amount of heat there and there's a lot of unburned areas," he told reporters.

"So although we might be turning a corner, there will be firefighters working on that fire until well into March."

Civil Defence regional chief Roger Ball said Wakefield residents could return home as early as Monday evening but the area was still under a state of emergency.

"Returning residents need to understand and accept that they need to be prepared to evacuate again if conditions change," he said.

He said residents of valleys outside the village, which are much closer to the fire front, would have to remain in emergency accommodation until further notice.

The main fire is believed to have been accidentally started by farm equipment, although there have also been two minor blazes which police said were deliberately lit.

So far one home has been destroyed by the fire and there have been no reported deaths or injuries.