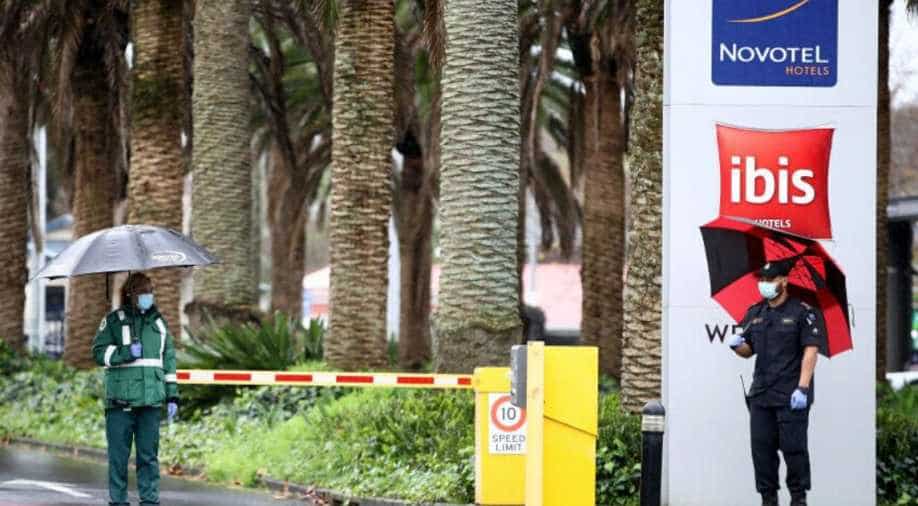 The man tried to flee from his room thrice between 11:40 pm and 1 am. He was finally able to climb down from a fire stairwell to a fence, from where he rushed towards a bush and hid in it for some time before making his exit

A covid-positive man in New Zealand tried to flee the quarantine facility from Auckland at least three times before he was able to make a successful run, health officials reported.

The man was arrested by the New Zealand police at a south Auckland address on Thursday, almost 12 hours after he managed to successfully run away from the assigned quarantine facility.

He was ordered to quarantine at the Novotel Ibis hotel in Ellerslie earlier, but has now been shifted to the Jet Park quarantine facility. The authorities have placed a permanent guard outside his gate now.

According per the CCTV footage, the man tried to flee from his room thrice between 11:40 pm and 1 am. He was finally able to climb down from a fire stairwell to a fence, from where he rushed towards a bush and hid in it for some time before making his exit.

"As part of our procedures we do have CCTV and all of our facilities, but again, I am trying to … confirm what happened in this case," joint head of MIQ, Brig Rose King told local media house, as he opened an investigation into the matter.

As per local reports, the man had also live-streamed his arrest as he claimed he has no symptoms of Covid.

Reportedly, it was the man’s parents who informed the local authorities about their 23-year-old son’s escape. Earlier, when the family received their Covid positive reports, she had to call the police even then she had to call the police to bring back her son back to home. However, her son returned home after ten minutes, after which the family was shifted to a quarantine facility.

"It’s hard for us parents to speak up and report our own son. We want to protect him, but when we think about the community, that’s what makes us change our mind," the mother said.

Nine members of the family have tested positive, including the woman’s 75-year-old mother who is currently admitted at the Middlemore hospital.

New Zealand’s celebrated Prime Minister Jacinda Ardern was questioned by locals and opposition about her failure to mention the man on run in her daily Covid briefings. However, the deputy prime minister has jumped to Ardern’s defense saying, "The prime minister was given a sketchy set of details of an incident that it was taking place – bear in mind it was a live police operation at the point where the prime minister was told just before the 1pm press conference. And I think it would have been irresponsible, while a live police operation was under way, to go down and speculate about that."