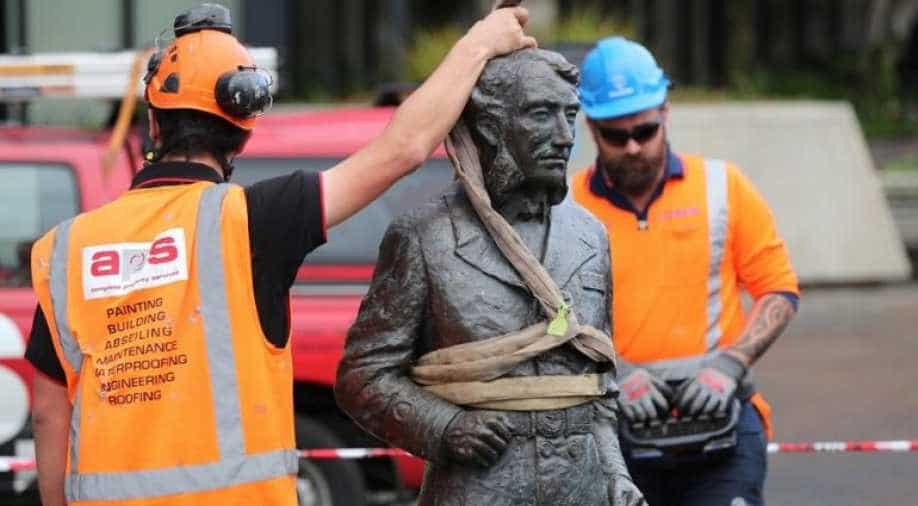 New Zealand has joined the list of countries that are removing statues in the wake of anti-racism protests as its city Hamilton brought down the statue of a colonial military commander.

A crane toppled the bronze sculpture of Captain John Fane Charles Hamilton on Friday morning after requests from local Maori and warnings from anti-racism demonstrators.

A small group of people present there cheered as the statue was being pulled down.

Also read | 'Topple the Racists': A map showing all of the 'racist' statues in Britain

Hamilton City Council acknowledged that the treatment of the statue was part of an effort to get done with monuments, landmarks "which are seen to represent cultural disharmony and oppression".

"I know many people -– in fact, a growing number of people –- find the statue personally and culturally offensive," mayor Paula Southgate said.

"We can't ignore what is happening all over the world and nor should we. At a time when we are trying to build tolerance and understanding... I don't think the statue helps us to bridge those gaps."

Hamilton, a naval commander, fought indigenous Maori, who were defending their land against the British in the 19th century.

In 1864, Hamilton died at the Battle of Pukehinahina, after a group of Maori successfully defended themselves against British troops, despite being outnumbered.

Anti-racism protesters vowed to remove this statue that came into existence in 2013, with activist Taitimu Maipi calling Hamilton a murderer.

"How can we accept that he's a hero when he's a monster who led battles," Maipi had said, reported Waikato Times.

There has been a global outrage against statues and other monuments on names of people, who were seen as icons of slavey and oppression after the death of George Floyd, a black man, in the US while in police custody.