11-year-old UK child breaks the world record by catching a 96 pound fish, almost as heavy as him 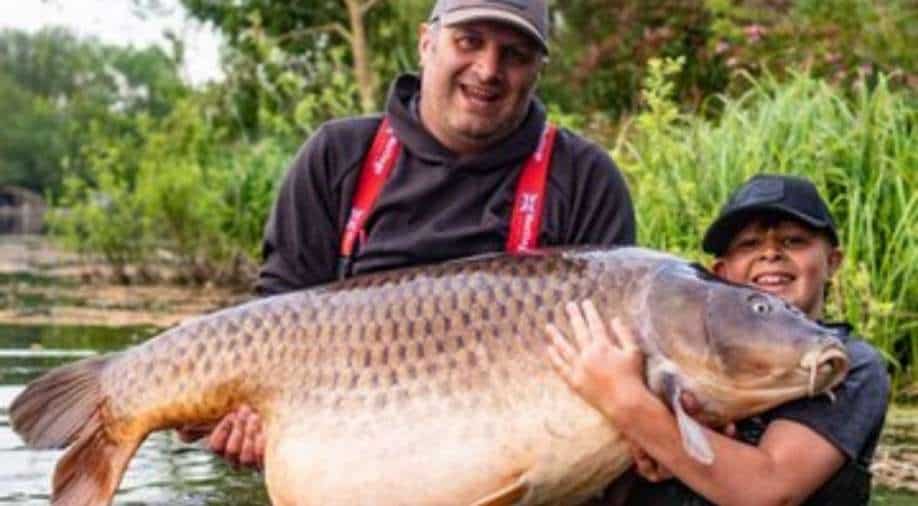 It took him 23 minutes to catch the fish, and once it got on the scales, he along with his father Stuart realised that they were creating a record

A Kent student, Callum Pettit, 11, caught a seven stone pound fish; a common carp in a lake near Reims, France establishing a new record for catching the largest one by a junior angler.

The boy has been fishing with his father since he was a toddler. His previous largest catch was a 29-pound mirror carp, reports Metro.

It took him 23 minutes to catch the fish, and once it got on the scales, he along with his father Stuart realised they were creating a record. This massive catch, weighed 96 pounds 10 ounces and was only a few pounds lighter than Callum himself.

‘Big Girl,’ as the fish was nicknamed, went for Callum’s unique banoffee-flavoured bait.

In the year 2019, Ian Burton caught the biggest carp ever caught by a British angler at the same lake weighing 105 pounds and 14 ounces.

In the year 2018, a mirror carp captured at a fishery in Hungary by Dutchman Michel Schoenmakers holds the world record for carp at 112 pounds and 14 ounces.

Watch | Over 20,000 cancer cases in UK attributed to obesity

Surprisingly, it wasn’t until Callum’s father, Stuart, 40 proceeded to pull the fish and dragged it to the land that, they realised that it’s amongst Europe’s largest carp fishes.

‘He played the fish for about 20 minutes, slowly pulling it up and winding it towards him,’ reported by Metro.

‘We didn’t have any idea of the size of it until we got it into the net and even then, we thought it could have been a 60lbs or 70lbs fish.

‘The owner of the fishery came out and identified it as the Big Girl. It was the biggest fish I have ever set eyes on.’

Other fishermen, gathered to witness the historic catch by the young boy and his father.