New lethal virus and alien invasion? Here is what Baba Vanga predicted for 2022 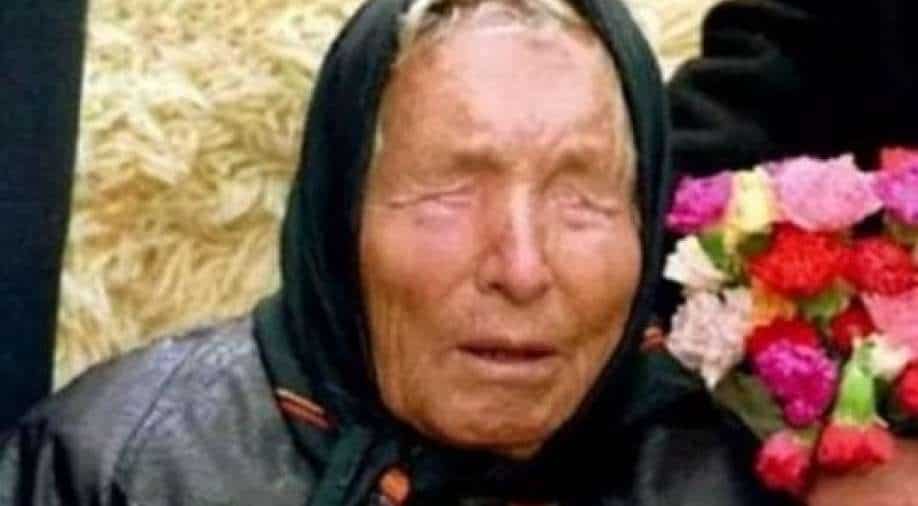 The psychic claimed that after she lost her eyesight, she came in touch with her ability to foresee the future

A visually impaired psychic from Bulgaria, Baba Vanga, also known as the 'Nostradamus of the Balkans' is revered by many for her predictions that have translated into real-life events, like the 9/11 terror attacks, Brexit, the rise of ISIS, and much more. She passed away in 1996, but she had made predictions till 5079.

The psychic claimed that after she lost her eyesight, she came in touch with her ability to foresee the future.

She also made several predictions for the upcoming year 2022. Here are a few of her predictions:

The world is already struggling against the deadly coronavirus. However, if prophecies of Baba Vanga are to be believed, another lethal virus will be discovered by a team of researchers in Siberia. As of now, the virus in frozen.

As per Vanga's claims, many cities all across the world will be hit by a scarcity of drinking water. Also, there will be an increase of pollution in the rivers.

Earlier, the psychic had successfully predicted the tsunami of 2004. For 2022, she said that several Asian and Australian countries will be hit by massive floods, leading to hundreds of deaths.

The visually impaired psychic stated that India will be hit by several locust attacks in 2022 and this will destroy crops and agricultural plots, further leading to famine. She also said that there will be a sharp rise in temperature, as high as 50°C.

Vanga predicted that an asteroid known by the name of 'Oumuamua' will be sent by aliens to look for life on earth. It passed through earth back in 2017. There have been strong shreds of evidence to suggest that the object came from outside our planetary system. When it was first spotted, many researchers including Harvard University’s Avi Loeb posited that the object was an alien spaceship.

Another important prediction, which is coming out to be true, is that 2022 will be a year of virtual realities. People will spend more time on screen and not in reality.

Earlier, in 1998, when Vanga had predicted the 9/11 attacks, she said, "Horror, horror! The American brethren will fall after being attacked by the steel birds. The wolves will be howling in a bush, and innocent blood will be gushing."

She also reportedly foretold that Europe will be invaded by Muslim extremists in the year 2016. Baba Vanga also predicted that the conflict would begin with the Arab Spring in 2010.