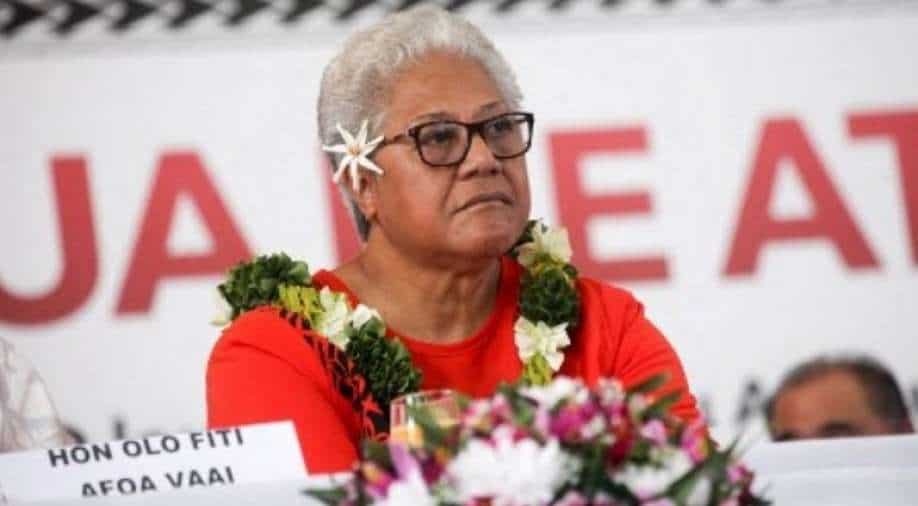 The first female Prime Minister of Samoa declared a "new day" on Saturday after her government began work following a top court's decision that ended her nation's 15-week constitutional crisis.

Samoa's political problems began when outgoing premier Tuilaepa Sa'ilele Malielegaoi lost elections in April and resisted resigning after 22 years in office. He maintained that he was "appointed by God," to stay in office.

However, Samoa's Appeal court ruled on Friday that his party had illegally occupied government offices; following this on Saturday he was reported to have started removing his personal effects from the premises.

During an extraordinary ceremony in May, Mata'afa was sworn into the office inside a makeshift tent, after her political party, FAST was locked out of the Parliament building.

The appeal court Samoan court declared that the Human Rights Protection Party (HRPP) did not have the authority to act as a caretaker government. It also overturned a previous decision by the country's supreme court, that termed Mata'afa's swearing-in as unconstitutional.

In her first public appearance since the verdict, Fiame Naomi Mata'afa said, "It is a new day".

"Today, I and cabinet met with key officials to begin transition of our new government into office," she said, adding that her cabinet would formally take office on Tuesday.

There was a heavy police presence outside the parliament building and Press personnel was not allowed into the building.

According to the ruling, Mata'afa's FAST Party, which was formed just a few months before the election has been the legitimate government since May 24.