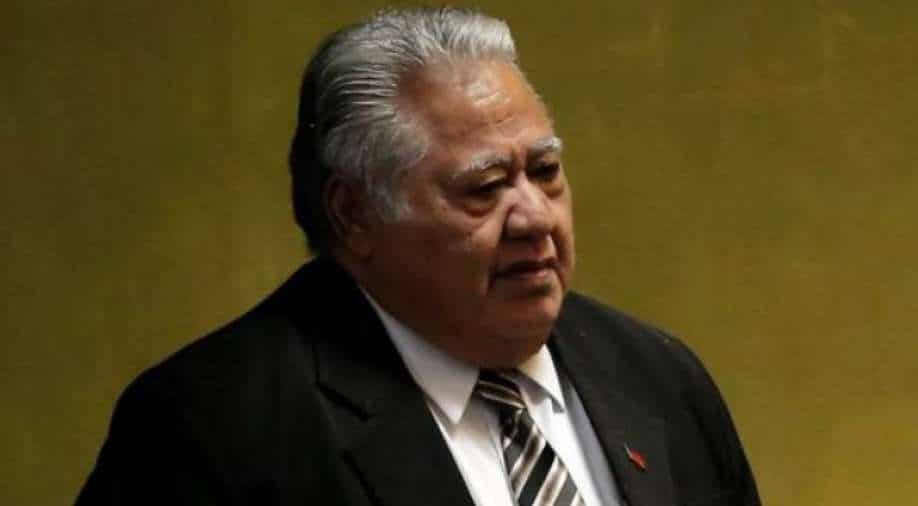 Far from conceding and stepping down, Malielegaoi precipitated a constitutional crisis that has international observers warning Samoa's young democracy could falter

Malielegaoi is not accustomed to losing, until recently the 76-year-old's authority was virtually absolute in a devoutly Christian nation of 220,000 where respect for one's elders is deeply ingrained.

A trained economist, Malielegaoi has cast a long shadow over public life since he was elected to Samoa's parliament in 1980.

As well as being prime minister, he appointed himself foreign minister and chairman of the Samoa Rugby Union, a high-profile role in the rugby-mad nation.

But his grip on power is now being challenged by former ally Fiame Naomi Mata'afa, who won a shock majority in a general election on April 9, opening the door to her becoming Samoa's first woman prime minister.

Far from conceding and stepping down, Malielegaoi precipitated a constitutional crisis that has international observers warning Samoa's young democracy could falter.

He first tried to tilt parliamentary numbers in his favour, saying the election did not return enough women to parliament and had violated gender quota rules.

He then tried to force through an election rerun.

When the courts rejected both moves, Malielegaoi then accused them of bias towards his rival.

His allies on Monday physically locked the prime minister-elect out of parliament to stop her from being sworn in. An impromptu ceremony took place anyway, in a tent on the lawn outside.

Talking to reporters earlier this month, Malielegaoi made it clear he believes he answers to no mere mortal.

"I am appointed by God," he said, after protests against his rule.

"If they want me to stand down, they should go to a church and pray instead of protesting in front of the courthouse.

"The judiciary has no authority over my appointment as prime minister."