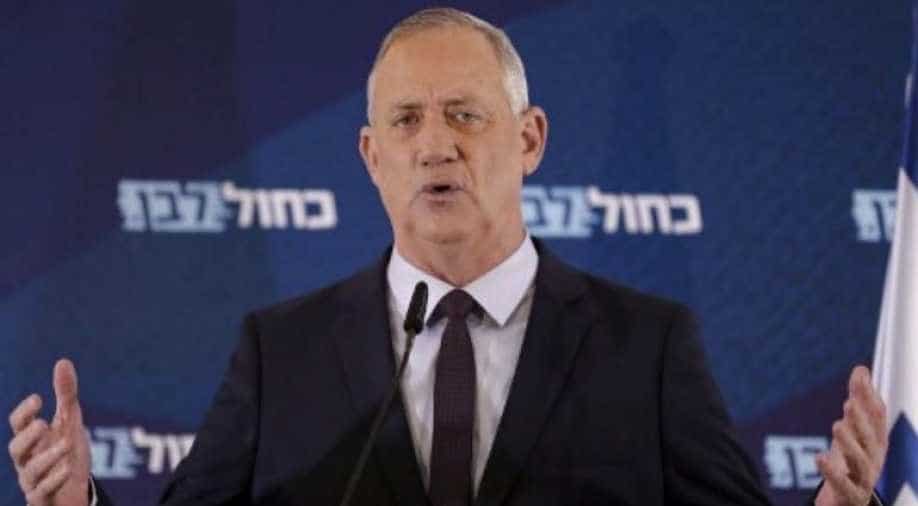 The prime minister has approved the Shin Bet's recommendation for close protection of Mr Gantz.

"The prime minister has approved the Shin Bet's recommendation for close protection of Mr Gantz," a statement from the agency said.

The decision still requires ratification from a security committee.

In Israel, seven people automatically receive protection from the Shin Bet, including the leader of the opposition.

But Gantz does not officially have that title as the country has been stuck without a fully functioning government for more than a year, with three elections unable to produce a decisive result.

Since the most recent election on March 2, Gantz, who heads the centrist Blue and White party, has been trying to form a government.

To do so he has sought the backing of the predominantly Arab Joint List, prompting attacks on social media from Jewish rightwingers.

Former armed forces chief Gantz took to Twitter on Saturday to call on Netanyahu to "stop this incitement to violence, do not say that you did not know."

He posted a message from social media saying "Gantz has to be killed as Rabin was."

Prime Minister Yitzhak Rabin was assassinated in 1995 by a rightwing extremist opposed to his peace deal with the Palestinians.

Netanyahu, who at that time was the leader of the opposition, was accused of whipping up hatred against Rabin.