Do you know who bought Adolf Hitler's watch? A European Jew 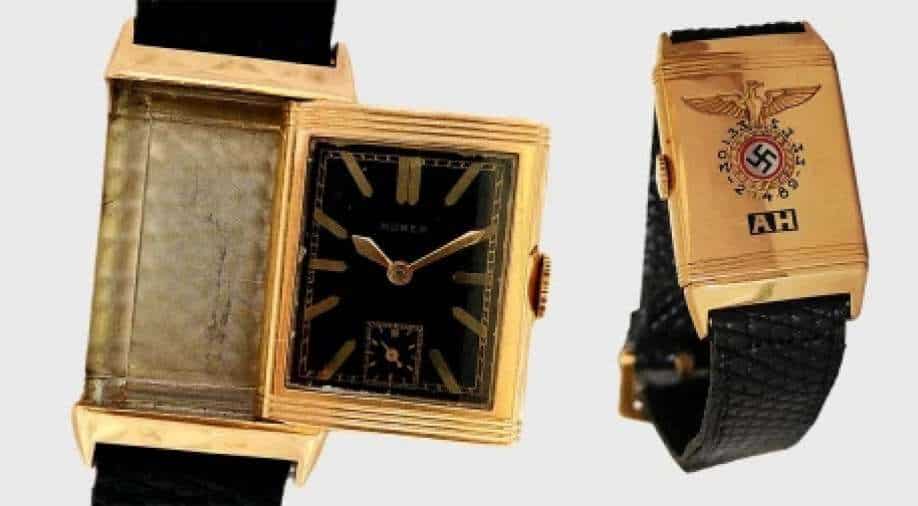 Call it poetic justice as a European Jew has just become the owner of Adolf Hitler's gold wristwatch, buying it for a whopping $1.1 million.

Call it poetic justice to even the scales after decades as a European Jew has reportedly become the owner of a wristwatch that once belonged to Nazi leader Adolf Hitler for a whopping amount of $1.1 million.

Maryland-based Alexander Historical Auctions, a company that specialises in historically significant items conducted the auction of the Nazi memorabilia amid pressure from all quarters, including the European Jewish Association. However, not many could have predicted that a European Jew will become the owner of the controversial watch.

As reported by WION, the Third-Reich leader most certainly received the gold Andreas Huber reversible wristwatch on April 20, 1933, his 44th birthday. Furthermore, the wristwatch contains three dates: Hitler's birthday (20/4/89), the day he was named Germany's chancellor (30/1/33), and the day the Nazi party won the election (5/3/33).

When the news of the auction hit the newsstands, several individuals and organisations objected to the idea of selling Nazi memorabilia.

“Europe suffered egregiously because of the perverted and murderous ideology of the Nazi party. Millions died to preserve the values of freedom that we take for granted today, including almost half a million Americans. Our continent is littered with memorial mass graves and the sites of death camps.’’ the European Jew Association wrote in an open letter.

Read More: Hitler's watch bearing his initials to be auctioned might fetch $4 million

Hitler and his anti-Semitic views

Adolf Hitler ruled Germany from 1933 to 1945 with an iron fist. In a quest to create the perfect Aryan race, Hitler started the holocaust of Jews. It is reported that during his tenure, Hitler massacred over 11 million people, of which six million were Jews.

Hitler loathed Jews ever since Germany lost the first world war. As he climbed the political ladder, his hate for Jews continued to rise. Once Hitler became the Chancellor, he pushed his vile anti-Semitic ideas vehemently amongst the masses. He made the ordinary Germans believe that the genocide of Jews was the right way for Germany to achieve its full socioeconomic potential.

Thus, it is rather astonishing that a Jew has become the owner of a watch that has the Nazi Hakenkreuz symbol on it (it is not called Swastika). Meanwhile, the auction house continues to maintain that it was the right decision to sell the Nazi item as it was the real in-your-face proof that Hitler and the Nazis lived, and also persecuted tens of millions of people.