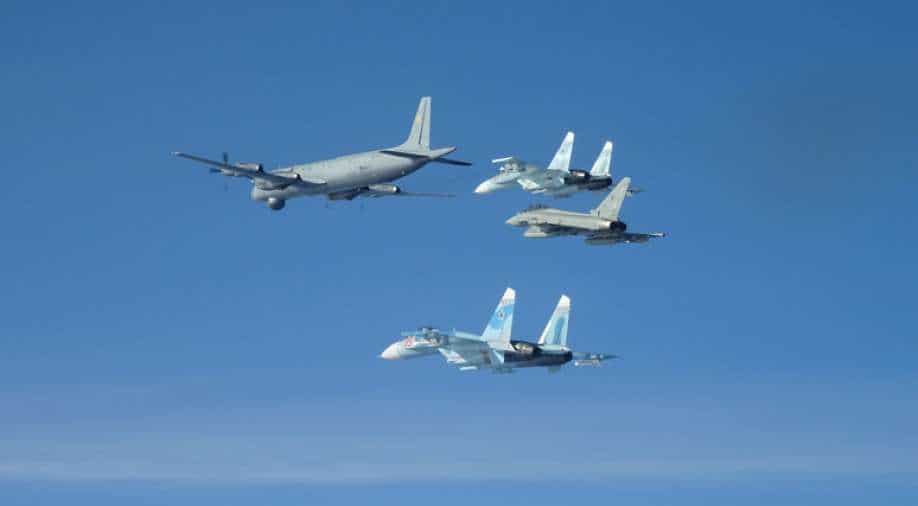 Most of the intercepts in 2021 occurred in the Baltic region Photograph:( Agencies )

The North Atlantic Treaty Organisation (NATO) on Tuesday said that it had to scramble fighter jets hundreds of times this year to counter Russian warplanes near its member countries’ borders in northwest Europe.

The West-led military alliance said that 290 of around 370 total missions were flown in 2021 in response to the activities of Russian aircraft.

“Generally, intercepts occurred without incident as NATO planes take off to identify the approaching aircraft and escort it out of the area. Very few intercepted flights entered allied airspace,” a statement from NATO said.

NATO intercept flights are a routine occurrence. But despite high tensions between NATO and Moscow over the activities of Russian armed forces near Ukraine’s borders in recent months, the number of Russia-linked intercepts decreased this year, reported news agency AP.

“NATO fighter jets are on duty around the clock, ready to take off in case of unverified flights near the airspace of our Allies,” said NATO spokesperson Oana Lungescu.

“NATO is vigilant, and we will always do what it takes to protect and defend all Allies.”

Most of the intercepts in 2021 occurred in the Baltic region, where NATO operates an air-policing mission for Estonia, Latvia, and Lithuania. NATO has similar missions for Albania, Montenegro, North Macedonia and Slovenia.

“Across Europe, over 60 NATO jets are on high alert at all times, ready to respond to unannounced military flights, as well as to civilian aircraft losing communication with air-traffic controllers for any reason – which could range from technical problems to hijacking,” NATO said.