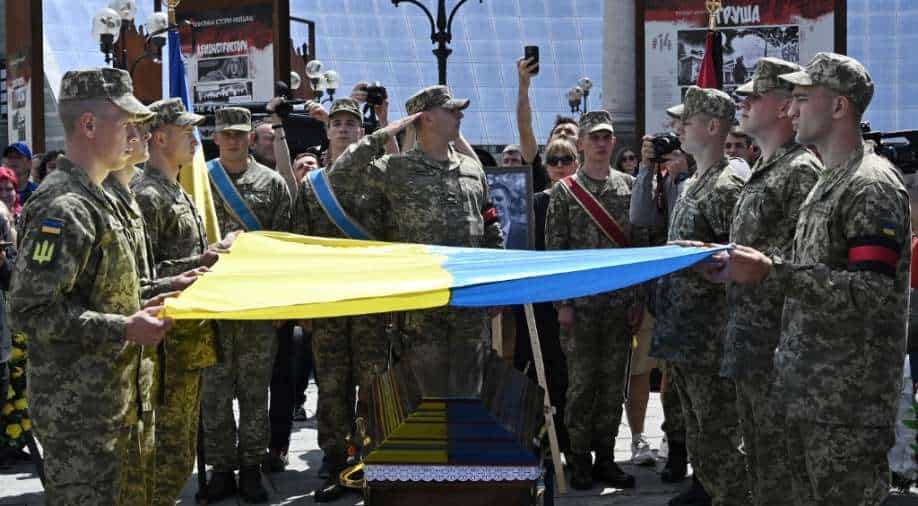 The West called for renewed support for Ukraine Photograph:( AFP )

Speaking to the media pon Sunday, Stoltenberg said, "We must be prepared for this to last for years. We must not weaken in our support of Ukraine, even if the costs are high - not only in terms of military support but also because of rising energy and food prices."

Stoltenberg said the supply of state-of-the-art weaponry to Ukraine would boost the chance of freeing its eastern region of Donbas from Russian control, Germany’s Bild am Sonntag newspaper reported.

He further said the food and fuel costs are nothing compared to the one paid daily by Ukrainians on the frontline, adding "we would have to pay an even greater price" if Russian President Vladimir Putin was to achieve Moscow's goals in Ukraine.

"I am afraid that we need to steel ourselves for a long war, as Putin resorts to a campaign of attrition, trying to grind down Ukraine by sheer brutality.

"The UK and our friends must respond by ensuring that Ukraine has the strategic endurance to survive and eventually prevail."

Describing time as "the vital factor", Johnson added: "Everything will depend on whether Ukraine can strengthen its ability to defend its soil faster than Russia can renew its capacity to attack.”