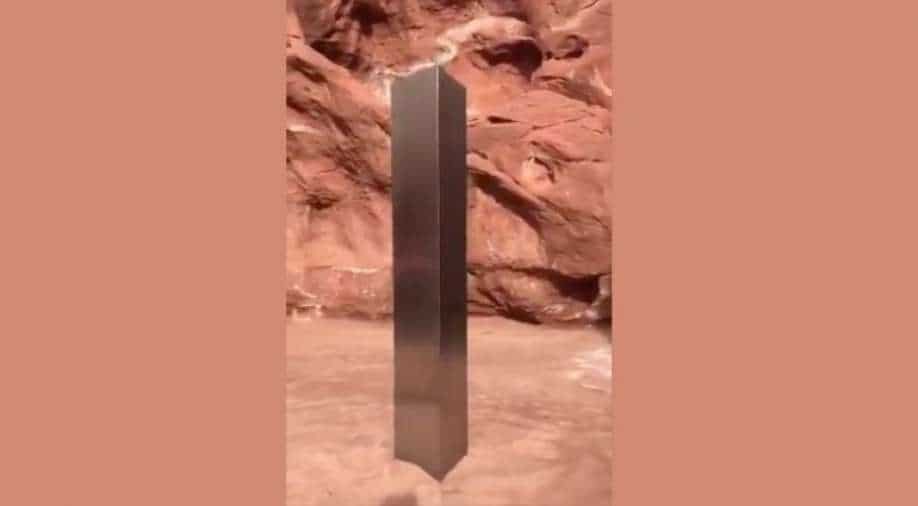 Almost a week ago the Utah Department of Public Safety’s Aero Bureau’s officers found a strange metal monolith in the Utah desert while they were flying in a helicopter to assist the Division of Wildlife Resources in counting bighorn sheep in the region.

This strange and unexpected discovery had given birth to various conspiracy theories regarding how was the monolith suddenly found soaking in the sun when nobody had ever seen it before. Now, after more than a week, the metal monolith has suddenly disappeared.

The disappearance of the monolith was reported to the Bureau of Land Management in Utah. As per the reports, the bureau received "credible reports" that the monolith has been removed "by an unknown party" on Friday evening. However, it is yet not clear who removed the structure and why.

It has also been made clear by the Bureau that none of their officers has removed the structure as they are treating it as private property.

"We do not investigate crimes involving private property which are handled by the local sheriff's office," the bureau said in a statement.

The shiny and triangular structure was spotted on November 18 and was assumed to be approximately 12 feet above the ground.

Some observers have also pointed out the monolith's resemblance to the avant-garde work of John McCracken, a US artist who lived for a time in nearby New Mexico and died in 2011.