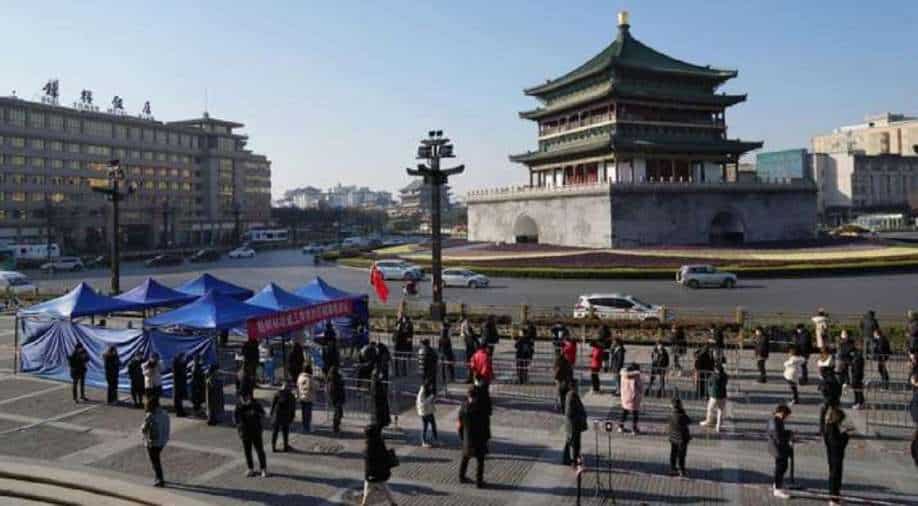 As per the statement, the outbreak in Xi'an can be attributed to the negligent attitude of the officials

China's disciplinary body said that dozens of officials were punished in the locked-down city of Xi'an over a virus outbreak. After the city reported 52 new Covid cases on Wednesday, authorities ordered a strict lockdown.

As per the statement, the outbreak in Xi'an can be attributed to the negligent attitude of the officials.

A party discipline official said that the authorities would clamp down on "bureaucratic issues in disease control work such as shirking responsibility, not taking action, passing the buck and dealing with things in a negative way."

Under the new lockdown rules, only one household member will be allowed to go out of the house to purchase necessities. The authorities have also put restrictions on residents leaving the city.

In October, a party secretary in Inner Mongolia was sacked after his area was hit by multiple cases. Also, the head of Zhengzhou city's health commission was sacked in August after several cases were recorded.

This year, the country has reported one death due to the virus amid tough measures as the Xi regime continues to follow the "zero-Covid" strategy ahead of the Winter Olympics.