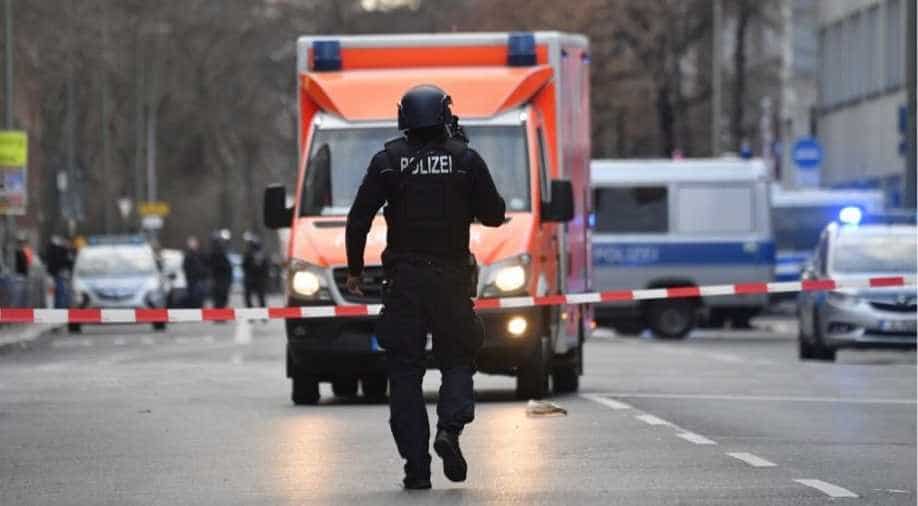 The three women are being investigated for setting off banned flying lanterns to celebrate the New Year, Gerd Hoppmann, head of the Krefeld criminal police, said at a press conference.

A mother and her two daughters have turned themselves in to police over a blaze which killed dozens of monkeys at a zoo in Germany on New Year's Eve, police confirmed Thursday.

The three women are being investigated for setting off banned flying lanterns to celebrate the New Year, Gerd Hoppmann, head of the Krefeld criminal police, said at a press conference.

The 60-year-old mother and her two adult daughters handed themselves into police on Wednesday after hearing of the fire on local radio, Hoppmann said.

He said they "seemed like sensible and responsible people" who had shown "courage" in coming forward.

Local prosecutors are now investigating the women for negligent arson, a crime which can be punished with up to five years in prison.

The fire, which claimed the lives of 30 primates including eight great apes, broke out shortly before midnight on New Year's Eve at Krefeld Zoo in North Rhine-Westphalia.

The enclosure housed gorillas, orangutans, chimpanzees and marmosets. Only two chimpanzees survived, as well as a family of gorillas in a nearby building.

In a statement on Thursday, the zoo said that it was a "miracle" that the two chimpanzees, named Bally and Limbo, had survived the blaze.

"Both suffered only light injuries. They have been moved to the gorilla enclosure and are being looked after by several zoo vets," said the zoo, which remained closed on Thursday.

Police believe the fire was caused by one of the illegal lanterns which landed on the roof of the monkey enclosure.

Hoppmann said investigators had accounted for four lanterns but that one, believed to be the one responsible for the blaze, was "missing".

Flying lanterns have been forbidden in Germany for 10 years, but Hoppmann said the women were unaware of the ban when they bought theirs on the internet.

The case has intensified an already blazing debate over the widespread use of fireworks by private individuals on New Year's Eve.

Setting off fireworks in public is a long-standing New Year's tradition in Germany, but it has faced increasing criticism from environmental and animal protection groups in recent years.

On Wednesday, the German animal protection association called for all kinds of fireworks to be banned near zoos, farms and kennels.

The tragedy has also sparked an outpouring of sympathy, with tearful visitors lighting candles and leaving flowers and soft toys at the entrance fo the zoo.