Morocco: Rescuers dig for third day to save 5-year-old boy trapped in well 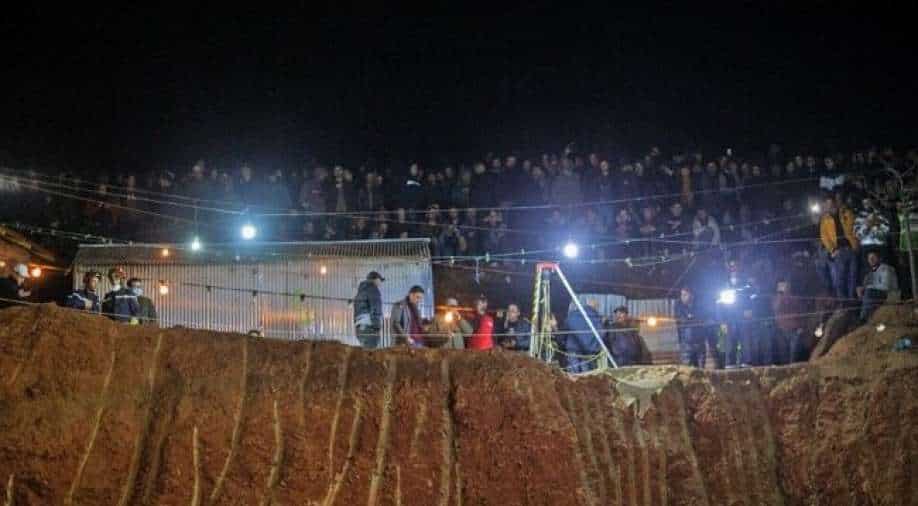 The rescuers have somehow managed to get down oxygen and water to him. They also received a response from him

For the third day, rescue workers in Morocco kept on digging to save Rayan, a five-year-old boy trapped in a deep well for four days. The well is located in the northern village of Ighran in Morocco’s Chefchaouen province.

The rescuers have somehow managed to get down oxygen and water to him. They also received a response from him.

Operation's leaders, Abdesalam Makoudi said, "We're almost there. We've been working non-stop for three days and tiredness is kicking in, but the whole rescue team is hanging on."

The rescuers have already dug down 28 meters and are now preparing for a delicate operation to create a horizontal shaft to reach the boy. Government spokesman Mustapha Baitas, while elaborating on the mission said, "The child's rescue is approaching. Our hearts are with the family, and we are praying that he will back with them as soon as possible."

It all started when the 5-year-old disappeared while playing. "The whole family went out to look for him then we realised that he'd fallen down the well. I'm still keeping up hope that we'll get him out alive," his mother said.

As per reports by local media, the medics are on-site to check on the boy once he is extracted. Also, the authorities have a helicopter on standby to take the child to a hospital.