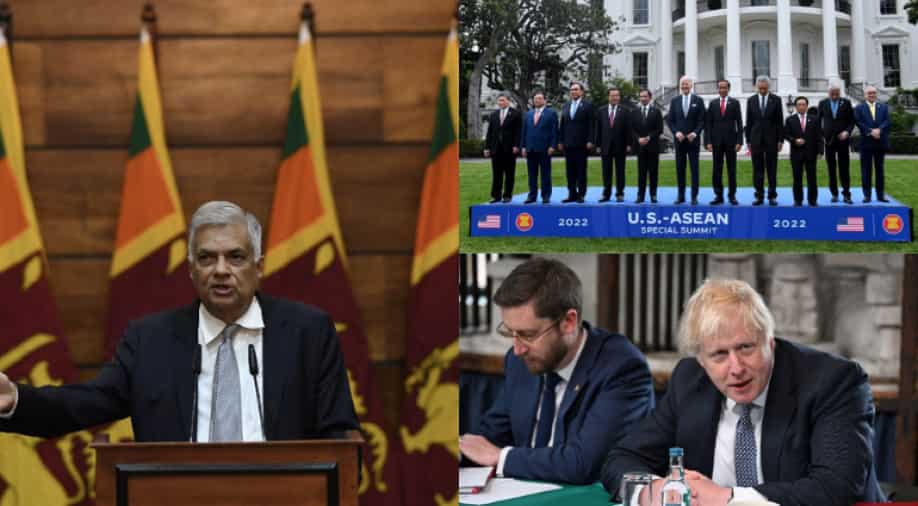 In this combination of images, Sri Lanka's new PM Ranil Wickremesinghe can be seen along with US-ASEAN summit in Washington and UK's PM Boris Johnson. Photograph:( Agencies )

US President Joe Biden has made energy and security pledges worth $150 million to Southeast Asian leaders during a summit in Washington. Setting several world records, Sri Lanka's veteran politician Ranil Wickremesinghe was sworn in as the 26th Prime Minister of the Indian Ocean island nation, which has been crippled by its worst-ever economic crisis. Aimed at countering the rising influence of China, the deal is part of a campaign to show that the United States still prioritises Asia despite months of intense focus on repelling Russia's invasion of Ukraine. 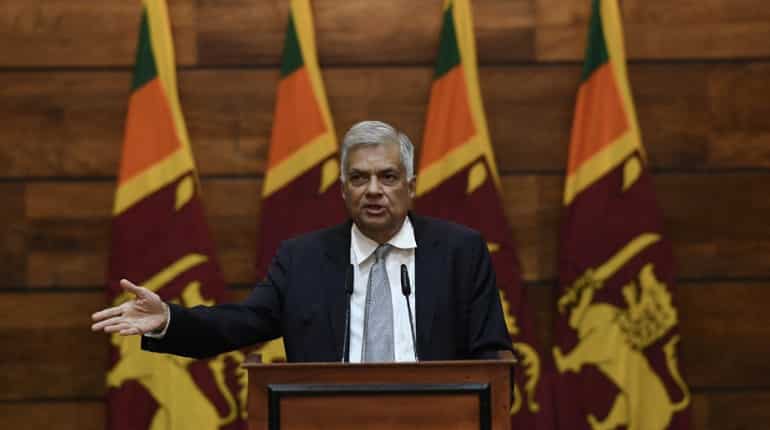 Holding the office for a record-breaking sixth occasion, Wickremesinghe was sworn in as PM by his rival party leader and President Gotabaya Rajapaksa. 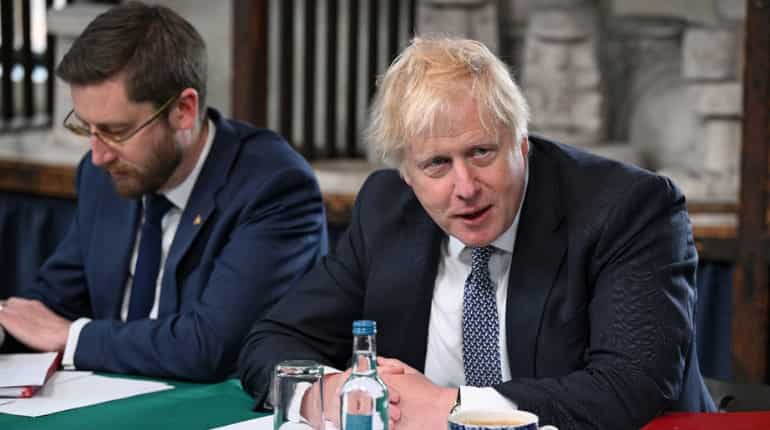 In order to free up billions for tax cuts, UK's Prime Minister Boris Johnson has ordered ministers to slash one-fifth of civil service jobs as per a report published in the Daily Mail.