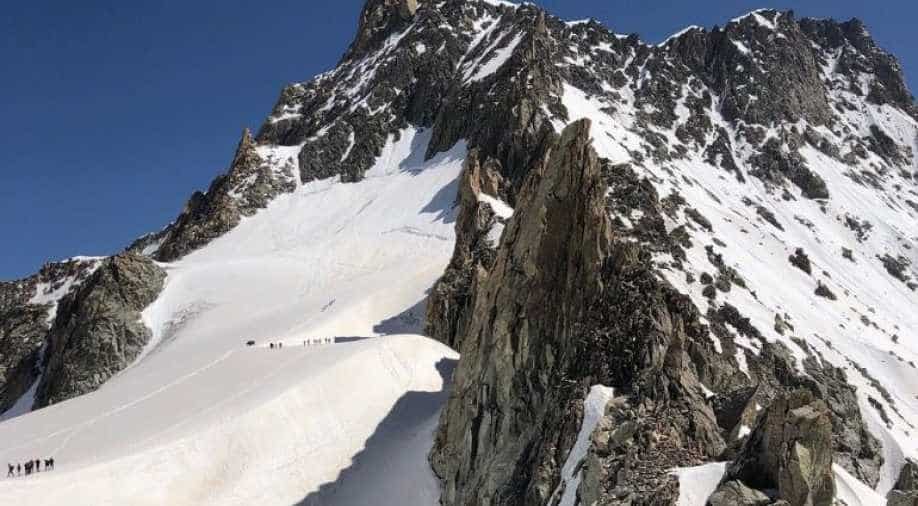 The official height of Mont Blanc has been on a downward slide for over a decade as the highest reading was 4,810.90 metres in 2007

As per French experts, Mont Blanc, the tallest mountain in western Europe has shrunk by a metre since it was last measured.

Geographical experts said that after an expedition in mid-September, the mighty mountain in the heart of the French Alps was 4,807.81 metres high, lower than their last published estimate of 4,808.72 metres in 2017.

While speaking at a press conference, they said, "Now it’s up to climatologists, glaciologists and other scientists to look at all the data collected and put forward all the theories to explain this phenomenon."

The official height of Mont Blanc has been on a downward slide for over a decade as the highest reading was 4,810.90 metres in 2007.

The measurements are being taken regularly to create a model of the ice sheet and to feed a precise data bank which will be made available to all experts. The measurement expedition is carried out every two years. However, the experts revealed on Wednesday they did not publish the “exceptionally low” figure in 2019 of 4,806.03 metres.

Readings vary every year as the permanent layer of snow on the summit, which acts as a huge snowdrift changes with high winds and precipitation. "Since the dawn of time, the altitude of Mont Blanc has varied continuously,” the experts said. Also, the mountain has been losing an average of 13 centimetres in height annually since 2001.