Opinion | Climate Change: Everyone’s business for the present and the future generation 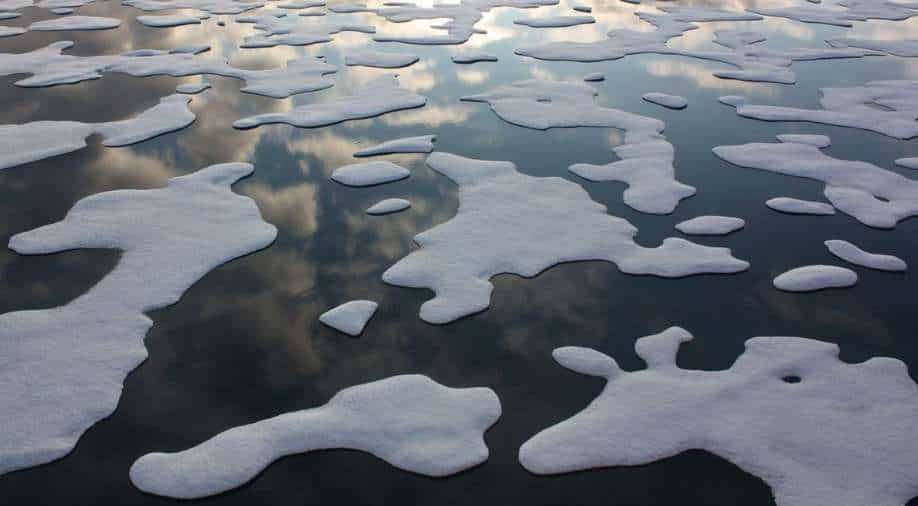 Mahatma Gandhi had said that “The Earth has enough resources for our need but not for our greed”. This is so true. Humans, perceiving themselves as superior beings, have always wanted to conquer and control every part of the universe, including the environment and nature. This path of unsustainable development has come with a price, which we are paying today

Climate Change is the buzz-word these days, and it seems as if no conversation is complete without bringing it up, even if dropped casually, understood or misunderstood. I shall not delve into that debate. However, what is important is that it has caught people’s attention and concern-Are we heading towards a doomsday?
Unfortunately, it seems so. As the recent IPCC Climate Change Report has sounded “RED CODE” that every part of the earth is experiencing climate change.

Mahatma Gandhi had said that “The Earth has enough resources for our need but not for our greed”. This is so true. Humans, perceiving themselves as superior beings, have always wanted to conquer and control every part of the universe, including the environment and nature. This path of unsustainable development has come with a price, which we are paying today, and unfortunately there seems to be a path of no return for generations to come.

As we are racing to contain global warming at 1.5 degrees Celsius to save our planet, it is the most marginalized children and their families who are getting impacted by environment degradation, protracted disaster and climate events, for no fault of theirs. They may be contributing the least to climate change, but face the maximum impact of stress and shocks, so much so that at times their own survival and existence becomes a question mark.

The UN Committee on the Rights of the Child in its report “Children’s Rights and Environment Violations of their Rights” has stated that environmental harm can have irreversible, lifelong and even transgenerational consequences. The children are said to be particularly vulnerable, due to their evolving physical and mental development, and status within society. The report also says that over half a billion children live in areas with extremely high risk of flooding, 115 million are at high or extremely high risk from tropical cyclones, and almost 160 million are exposed to high or extremely high drought severity.

Some theories even suggest that COVID-19 may be just the starting point. The humanity may actually be facing more pandemics as we continue to reduce forest cover and biodiversity creating an ecological imbalance and exposing ourselves to diseases and threats.

India is a young country where 40% of its total population are children below 18 years. This means that any impact related to environment, disaster, and climate is going to greatly affect almost half of India’s population with many on the fringes, in terms of their basic needs to health and nutrition, learning, and protection. The devastating consequences could range from increase in vector and bacterial borne diseases, hunger, loss of learning and livelihood, to exploitative situations such as child labour, trafficking, and child marriage to mention but a few.

As in any humanitarian crisis, it is the women and girls who are impacted the most, differently than men and boys, and also have unique needs, which are ignored most of the time. They are the first to adjust and compromise on their needs, and the last to receive any access to information, services or benefits, especially in a country like ours where gender disparity exists in every helm of the life, is deeply entrenched in patriarchy and harmful social and cultural norms. Climate change may actually further widen the existing gender

Inequalities, with the women and girls seeing lesser food on their plates, unable to continue schooling due to less resources at home, or have no access to safer transport and mobility in events of frequent floods or landslides. Here, most women are engaged in informal sector, including ancillary and home-based work, and their livelihoods will be greatly impacted by protracted disasters and climate events. Women largely invest their earnings on their children, and any loss in their income will have a direct bearing on the overall well-being. Women will also be forced to opt for jobs which provide them with meager income, less safety and security, and expose them more to exploitative situations.

This situation may seem to be accentuated. However, everything may not be lost. The call of the hour is for collective actions by the government, civil society organizations and citizens. As protracted disasters and climate events are localized, a universal child benefit programme which can be adapted to the given situation would greatly help children to overcome shocks and stress. Localized resilience and climate change adaptation programmes, specifically looking at children’s needs should be included in the Local Governance plans, both rural and urban, and should be developed in consultation with affected communities including the children and women. India is one of the countries with a large number of social protection programmes and this is an opportunity to review and make them climate proof keeping children in the core, thereby benefitting large number of children and their families. As women and girls are affected differently during disasters and climate events and have their own unique needs, all the programmes of the government aimed at mitigating climate change should be gender transformative and child sensitive.

Livelihood options such as eco-tourism should be promoted not only to further the local economy, but also to promote sustainable tourism and conserve nature. It is our responsibility to imbibe a sustainable lifestyle which is not only environment friendly but also does not harm the mother earth.

As Chief Seattle quoted in one of his famous speeches “All things are connected. Whatever befalls the earth befalls the sons of the earth. Man does not weave the web of life; he is merely a strand of it. Whatever he does to the web, he does to himself.”

Radha Chellappa is Deputy Director of Poverty and Inclusion at Save the Children. She has more than two decades of expertise in development and humanitarian sector— in leadership, program management and operations. Her area of expertise lies in the field of child protection, gender, emergencies, social protection, and migration.