Monster in uniform: UK cop admits to killing Sarah Everard who was just walking home in the night 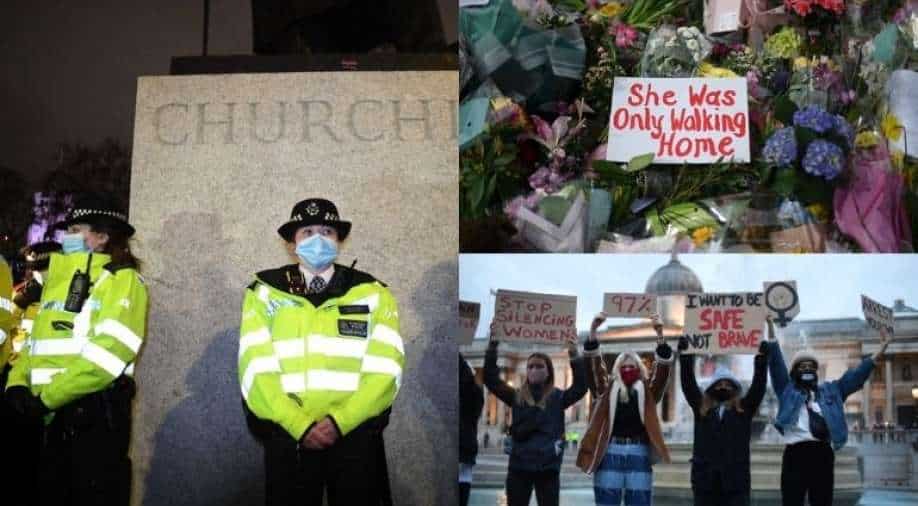 Tributes and protests following the kidnap and murder of Sarah Everard, in London, Britain Photograph:( Agencies )

Wayne Couzens, 48, who served in the Metropolitan Police's elite diplomatic protection unit, had already admitted to the charges of rape and kidnap of Sarah Everard

A British police officer on Friday pleaded guilty to the murder of a woman whose disappearance as she walked to her London home sparked outrage and a national debate about women's safety.

Wayne Couzens, 48, who served in the Metropolitan Police's elite diplomatic protection unit, had already admitted to the charges of rape and kidnapping of Sarah Everard.

What happened to Everard?

Everard, 33, was abducted as she walked home from a friend's house in south London on March 3. Her body was later found in woodland around 50 miles away in southeast England.

A post-mortem conducted by the Metropolitan Police last month concluded she had died as a result of compression of the neck".

The next hearing is due to take place on July 9. A provisional trial date has been set for October.

Her disappearance led to vigils and protests and prompted the government to promise enhanced police patrols at night, as well as funding to make the streets safer for women.

London police faced criticism and calls for investigations after clashing with crowds at a memorial for the murder victim.

British lawmakers are considering whether to make misogyny a hate crime amid calls for tougher action on violence against women following national outrage over the murder of Everard.

An amendment to the Domestic Abuse Bill, which was debated on Wednesday in Britain's upper parliamentary chamber, the House of Lords, would require police in England and Wales to record crimes motivated by hatred of someone's sex or gender.

Home Office Minister Susan Williams told parliament that she opposed the amendment as the necessary powers were already in place to require the police to provide such data but said she would ask the police to collect it "on an experimental basis".

"We will ask police forces to identify and record any crimes of violence ... including stalking and harassment, as well as sexual offences where the victim perceives it to have been motivated by a hostility based on their sex," she said.

About a quarter of 43 police constabularies in England and Wales have already made misogyny a hate crime, trialled the policy or are considering implementing it.

Similar protections already exist for race, religion, sexual orientation, disability and gender identity and can lead to harsher penalties for those convicted.

Women suffer 80% of sexual assaults and rarely report it

Women's rights campaigners want misogyny to be made a hate crime to help detect and prevent violence against women, and end a culture in which abuse is tolerated, excused and repeated.

According to official data in the UK, women make up 80 per cent of sexual assault victims over the age of 16.

The latest statistics showed little progress in tackling sexual assault, with 773,000 people, 1.8 per cent of adults in England and Wales, experiencing rape, assault by penetration, indecent exposure or unwanted sexual touching in the year to March 2020.