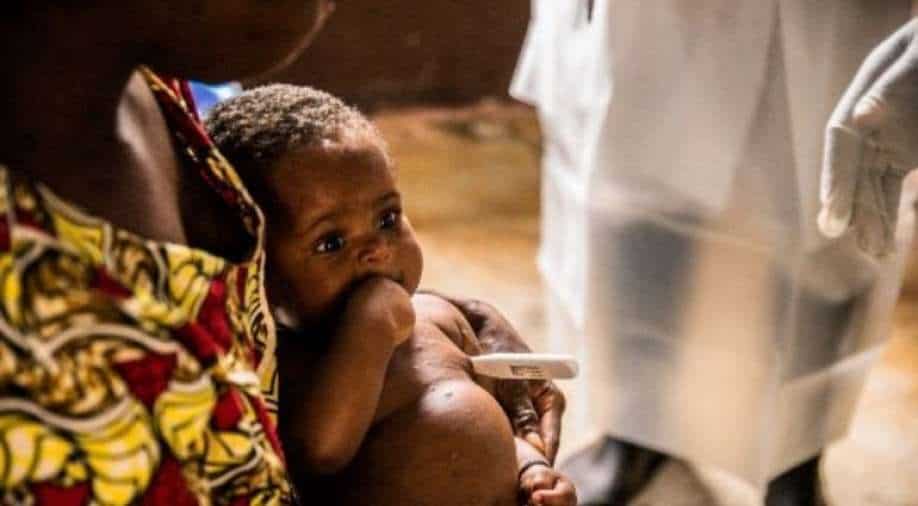 The disease was originally first discovered in 1958, when two similar virus outbreaks occurred in groups of monkeys that were used for research. Photograph:( AFP )

France, Germany and Belgium and Canada on Friday joined the list of countries that have reported cases of monkeypox. Several European and North American nations have already reported the disease which is endemic in parts of Africa.

In France, monkeypox was detected in a 20-year-old man in the Ile-de-France region. France's capital Paris falls in this region. French authorities said that the man had recently returned from a country where the virus is circulating.

In Germany, the armed forces' microbiology institute said that it had confirmed monkeypox infection in a patient. This patient has developed skin lesions. This is one of the symptoms of monkeypox.

In Belgium,  microbiologist Emmanuel Andre confirmed in a tweet that the University of Leuven's lab had confirmed a second of two cases in the country, in a man from the Flemish Brabant.

Cases of monkeypox are being detected in a growing number of countries in the world. Given this background, Germany's health agency Robert Koch Institute has urged people returning from West Africa, and particularly gay men, to see their doctors if they observe any changes on their skin.

The rare disease -- which is not usually fatal -- often manifests itself through fever, muscle aches, swollen lymph nodes, chills, exhaustion and a chickenpox-like rash on the hands and face.

The virus can be transmitted through contact with skin lesions and droplets of a contaminated person, as well as through shared items such as bedding and towels.

The World Health Organization (WHO) has said it was looking closely at the issue and in particular that some of the cases in the UK appeared to have been transmitted within the gay community.

Cases of monkeypox have also been detected in Italy, Portugal, Spain and Sweden as well as in the United States and Canada, leading to fears that the disease -- normally concentrated in Central and West Africa -- may be spreading.